Obituary for Eddie Lynn Bynum
Eddie Lynn Bynum, 70, passed away in his home in Willis, Texas on December 1, 2017. He was born on February 27, 1947 in Cleveland, Texas to Joseph and Viola Bynum. In 1964, Eddie heard the call to serve his country and enlisted in the United States Marine Corps. He was stationed in Da Nang, Vietnam and through his service became a highly decorated Corporal, awarded with the National Defense Medal, the Vietnamese Service Medal, the Campaign Medal, Rifle Marksman Badge and the Pistol Expert Badge and the Good Conduct Medal. He received his honorable discharge in January of 1969. In his professional career he was an OTR truck driver and eventually worked his way up to Transportation Manager from which he retired as from Canadian Chemical Recycling. Eddie also enjoyed coaching little league football and was the president of the Board in New Caney, Texas from 1976 to 1980.
Eddie is preceded in death by his parents Joseph and Viola Bynum; brothers Everett and Al; and his sister Jean. He survived by his wife Sheila Bynum; children James, Tamatha, Denae, and Peyton; grandchildren Tawnee, Tyler, Raven, Sage, Chase, and Alyssa; great grandchildren Makayla, Connor, Broin, Aiyanna, Keira, Kayden, and Ava; brother Don Bynum; as well as numerous other relatives and loved ones. In lieu of flowers, the family asks that donations be made to the Wounded Warrior Project. 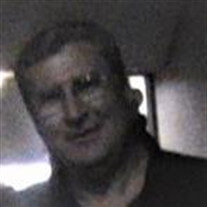