Houston Police now say they’ve discovered the officer who was ambushed and shot in the 1500 block of Alabama St. was not with HPD, but the Harris County Pct. 7 Constable’s Office. He was transported by ambulance to Ben Taub Hospital in critical condition.

A black male has been detained near the scene of the shooting as a possible suspect, as the investigation continues.

There is no update available at this time on the victim’s condition and his identity has not been released. We’ll post that information as soon as we have it. 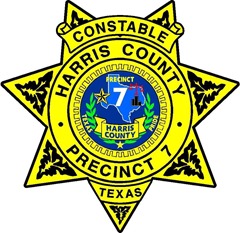