Workers clearing land near off FM 1774 near the Grimes/Montgomery County line in Magnolia unearthed what appeared to be a large explosive device. The MCFMO Bomb Squad responded and determined the device was an inert 500 Lb Mark 80 series aerial bomb probably from World War II. The bomb was recovered by the Montgomery County Fire Marshal’s Office and the investigation continues into how it came to be in our area. It is a 500 pound general-purpose bomb dropped from an airplane. The bomb could have been in the field for over 50-years. It had been disabled of its explosive charge. Over the years smaller items have been found in the county but this is one of the biggest finds. The contractor hit it with a bulldozer when it was discovered under about three feet of dirt. The area was heavily forested prior to it’s fine. The bomb was 5-feet long and almost 1-foot in diameter. 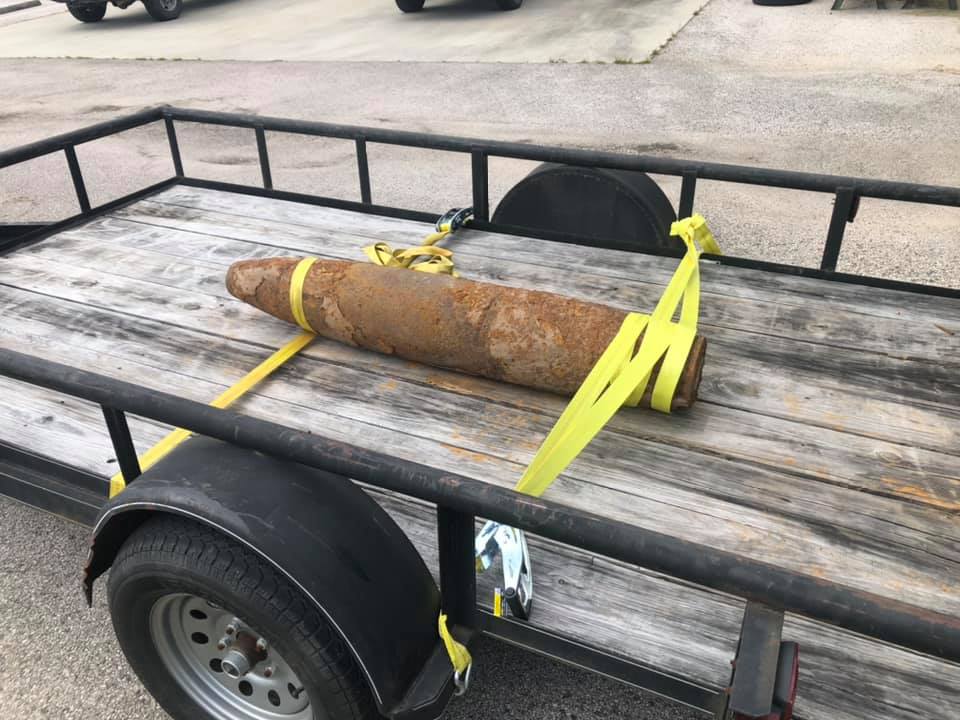