Matthew Hawthorne, age 22 of Conroe exited Interstate 45 southbound at FM 3083 IN HIS 2006 Toyota Matrix. He  told police something ran in front of him. He lost control of the vehicle leaving the roadway and rolling it multiple times, knocking a tree down and landing wheels up just feet from the front of the Olive Garden’s front door.

Hawthorne was transported to the hospital with minor injuries. 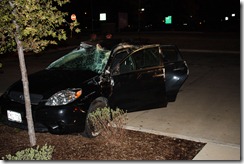 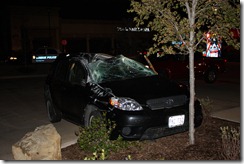 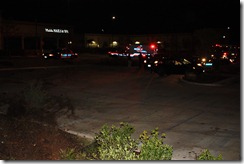 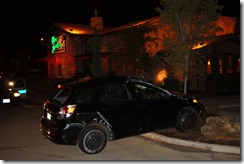 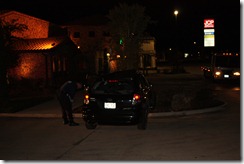 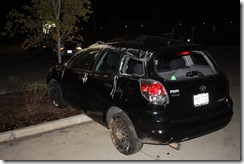 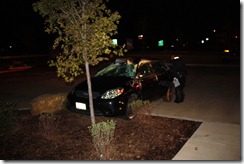 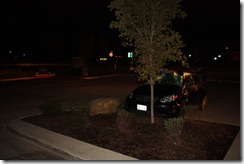 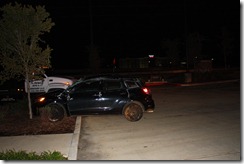