At approximately 1:30 am Thursday morning, the Liberty County Sheriff’s Office received notification of a home structure fire at 2371 FM 160 North. According to Liberty County Fire Marshal Bill Hergemueller Fire departments from the Hull Daisetta VFD, Hardin VFD, Liberty FD along with the Allegiance EMS and Liberty County Sheriff’s Office responded but when the fire department extinguished the blaze, 64-year-old Donald Ray Guillory was found deceased in the home where he lived alone. Pct. 2 Justice of the Peace Judge Ronnie Davis arrived at the scene and conducted the inquest. Fire Marshall Hergemueller said the home appeared to be undergoing partial repairs and there are several possibilities for the point of ignition. Presently the exact cause of the fire is under investigation by the Liberty County Fire Marshal’s office. 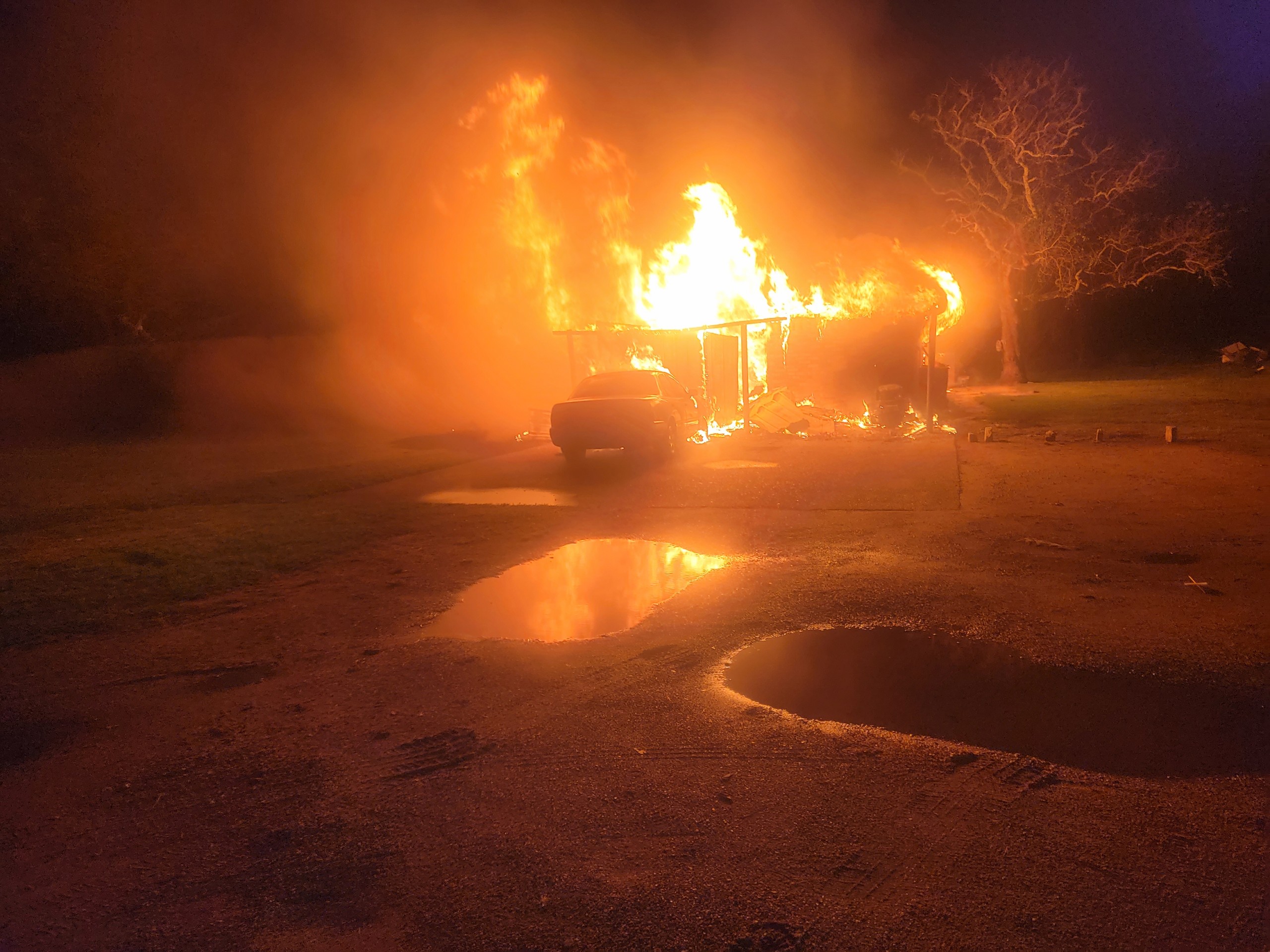