Just before 11 pm Thursday two black males entered the Motel Six on Washington in the City of Cleveland. As one male held a pistol on the female clerk the other jumped the counter and forced her to open the cash drawer.  They then both fled toward I-69. A Cleveland Officer alerted to the robbery spotted the vehicle and attempted to stop it. The vehicle fled south to Montgomery County. IT was there it stopped and both males fled on foot near Fostoria Road. The first male was taken into custody within minutes.  Montgomery County units along with Splendora, Liberty County, and Montgomery County Precinct 4 units continued searching with dogs along with a DPS helicopter. The trail went cold near Morgan Cemetery and Fostoria.  Arrested was Xavier Anthony Wilson, 21, of Humble. He is being held in the Liberty County Jail on charges of Aggravated Robbery, engaging in organized criminal activity, evading arrest in a motor vehicle, unauthorized use of a motor vehicle. In addition, a hold from Harris Coutny was placed on him for aggravated robbery with a deadly weapon and robbery involving bodily injury.

On December 15, 2021, a victim in the used car business in Harris County was contacted about buying a used vehicle. The victim went to an address on Flatiron Drive in Humble where he saw a female standing next to the vehicle that was described to him as being for sale. She was holding what was thought to be a title. As he approached the vehicle three black males carrying rifles with extended magazines ran up to the victim and demanded his belongings. The males took the $2000 cash the victim had with him to purchase the vehicle, his billfold, and truck keys and fled on foot. The victim contacted Harris County Precinct 4 Constables. During the investigation, the victim was able to provide a photo of one of the suspects, Xavier Wilson. The victim told deputies he had searched the internet for the phone numbers used to contact him regarding the sale of the vehicle. One number he was able to track to a Facebook page of Xavier Wilson.  A few days later Precinct 4 Cpl Holmes, who continued the investigation provided a photo lineup of six mug shots. The victim immediately picked Wilson’s mugshot. A warrant was then issued for Xavier Anthony Wilson for aggravated robbery.

On February 6, 2021, robbed a female in Harris County after assaulting her.  He then fled from Harris County Precinct 4 Deputy Morales.  He was arrested and charged with robbery and evading arrest with a motor vehicle.  After spending over 220-days in jail because Wilson was unable to post a $5000 bond he was brought to the court.  This after the organization, Restoring Justice took over Wilson’s legal defense. Their website states, “Our mission is to end mass incarceration one client and heart at a time. We take cases of those who are unsatisfied with their legal representation and/or are represented by appointed counsel who exceeds recommended caseload guidelines and offer them holistic representation, free-of-charge. within weeks the case went to court. For the charge of evading arrest, Harris County District Judge Susan Brown dismissed the charge. For the robbery, she sentenced Wilson to  4-years of Deferred Probation. On December 21st, after learning of the new Humble robbery a warrant was filed to adjudicate guilt and arrest Wilson. 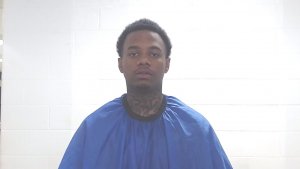