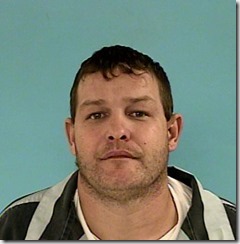 Roy Wayne Jackson Jr was sentenced to two Life sentences by a Jury for the felony offenses of Continuous Sexual Abuse of a Child and Aggravated Sexual Assault of a Child in the 221st District Court, Honorable Judge Lisa Michalk presiding.

Jackson’s trial began Monday, February 2, 2015. Both Continuous Sexual Abuse of a Child and Aggravated Sexual Assault of a Child are first degree felonies. First Degree Felonies carry a punishment range of 5 to 99 years or life in prison, and up to a $10,000 fine. However, because Jackson was convicted of Continuously Sexually Abusing a child under the age of 14 at least two times, for a period lasting 30 or more days, his punishment range was enhanced to 25 years up to 99 years or Life in prison without parole.

Jackson was the only father figure the victim ever knew. However, this relationship changed when the victim turned 8 years old. Jackson began to fixate on the victim, a splitting image of her aging mother. It was when the victim was 8 that Jackson first sexually assaulted her. Jackson made sure no one else was in the home when he carried the victim away from watching cartoons, and into his bedroom. There, he penetrated her sexual organ with his penis, causing the victim to cry tears of pain.

Jackson sexually assaulted the victim in a similar manner, for about once a week, lasting for seven years. The sexual abuse lasted from when the victim was 8 years old to when she was 15 years old.

Dr. Lawrence Thompson, Clinical Director for Houston’s Children’s Advocacy Center, informed the jury that sex offenders have a specific age of attraction, and that when one victim grows out of that age, the sex offender will move onto another victim within that age of attraction.

After aborting the child, Jackson brought the victim back to the doctor to make her take a birth control patch, since the pills failed. However, Jackson got the victim pregnant a second time when she was 15 years old. This time there would be no abortion. The victim told her cousin that Jackson was the father of her baby. The victim’s cousin called Montgomery County Sheriff’s Office (MCSO) to report Jackson.

Lead Detective, Trey Gordy, of MCSO investigated this continuous sexual abuse. He gathered medical records, abortion records, motel receipts, school records, and interviewed witnesses in an effort to see if he could corroborate the victim’s statement, and try and establish a timeline of events. Gordy also collected buccal swabs from the victim, the baby, and Jackson, in order to establish through DNA if Jackson was the baby’s biological father.

During trial, DNA analyst, Sarah Shields, from Bode Technologies and the Colorado Bureau of Investigation testified to the DNA paternity results of the baby. Shields concluded that Jackson was 99.9999998% probability the father of the baby.

Also during trial, Forensic Interviewer, Kari Prihoda, with Montgomery County’s Advocacy Center, Children’s Safe Harbor, and Chief Prosecutor, Nancy Hebert, with the Montgomery County District Attorney’s Office, testified as Outcry Witnesses on behalf of the victim. Both Outcry Witnesses had interviewed the victim on separate occasions obtaining details of Jackson’s abuse of the victim. In these cases, it’s crucial to have outcry witnesses because sometimes a victim is unable or incapable to testify for themselves.

In this case the victim was incapable of testifying on behalf of herself because Jackson and his family, including his mother, Susan Pearson, had coerced the victim to recant and tampered with her. Lead D.A. Investigator, Joey Ashton, investigated this tampering/coercion. Ashton had Jackson’s jail cell inspected, monitored Jackson’s mail, recorded Jacksons jail phone calls, and interviewed the victim and her foster parents. Ashton found evidence that Jackson had threatened the victim and was physically violent with the victim. There was also evidence that when the victim was 11 years old she disclosed Jackson’s abuse to his mother, Susan Pearson, and Pearson never reported it. Through recorded jail calls/mail, Ashton uncovered that Jackson and Pearson were forging affidavits in an effort to get the victim to lie for Jackson. Jackson and Pearson even had the victim state her brother/Jackson’s son was the baby’s father. The jury listened to all of this tampering evidence during trial.

Prosecutors Vincenzo Santini and Mary Nan Huffman both argued to the jury for the State. Prosecutor Santini stated, “Jackson and his family had manipulated the victim so long she could not escape the grips of the abuse. That is why the law allowing Outcry Witnesses to testify is so crucial. When victims are incapable of standing up for themselves, then we as a community must do it for them.”

The Jury stood up for the victim, without ever hearing her testify, and found the Defendant guilty on both counts of Continuous Sexual Abuse of a Child and Aggravated Sexual Assault of a Child.