Just after 6 p.m. Monday evening Liberty County Sheriff’s Office dispatchers started receiving frantic calls for a reported pit bull attack on County Road 676. The first units arriving witnessed two pit bulls attacking a Shetland Pony. The pony had extensive injuries and had to be put down on the scene. Both of the pit bulls were captured and transported to a local vet for quarantine.

Captain Rex Evans with the Liberty County Sheriff’s Office said when his units arrived at the scene the pony was tied and unable to get away. One of the owners, Lachain Dever  was arrested for two counts of cruelty to animals and transported to the Liberty County Jail.

Kathy Pierce, a neighbor said her husband was out on the front porch when he heard dogs barking and looked next door. Going inside he told his wife to call the neighbors and tell them the dogs are attacking the pony. Not having the number she called the Liberty County Sheriff’s Office  and described the scene unfolding in front of her as she looked out the window. She even watched the neighbor standing on the back porch doing nothing but slapping his hand on the wall of the mobile home.

She said the dogs have caused other issues in the past including charging her husband as he was outside.

Captain Evans said the investigation will continue as they are also looking at the condition of another horse on the property that looks severely malnourished. It is still trying to be determined who owned the pony and the dogs but believe they are one of several residents in the home. 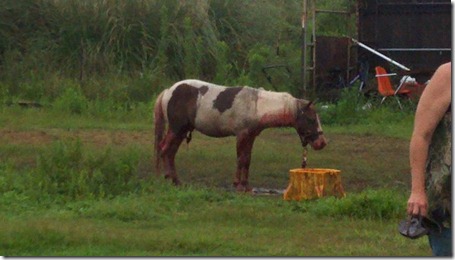 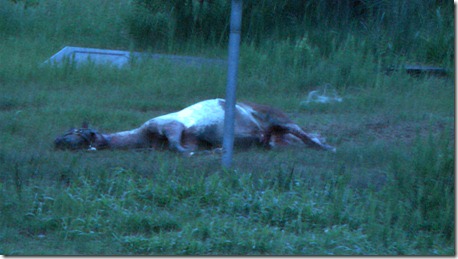