The crash of a single-engine airplane claimed the lives of the Pilot, Patrick Joseph Falterman, age 26 of Cleveland, Texas, and his twenty-five-year-old friend, Zach Esters, visiting from Louisiana. A “911” call to the Liberty County Sheriff’s dispatcher at 6:50 pm on Saturday, September 3rd, reported the plane had gone down in the Trinity River approximately a quarter-mile south of the Hwy. 105 bridge in mid-Liberty County and neither of the two occupants were believed to have survived the crash.

Sheriff’s Deputies along with numerous volunteer fire departments, D.P.S., and other first responders rushed to the crash site and found the plane in an upside-down position in the river which was approximately 8 to 10 feet deep at the impact site. There were many people enjoying an outing along the Trinity River banks and from interviewing several of them it was alleged the plane was seen flying low over the river and appeared to be attempting “stunts” one of which appeared to be a backward “loop” when, according to some witnesses, the engine stalled at the peak of the loop maneuver causing the aircraft to roll over and strike the water in a vertical, nose-down crash. There were many witnesses to the fatal crash including the family of the pilot who was also enjoying a day on the banks of the Trinity River.

An FAA Official responded to the crash site and conducted a preliminary investigation while Pct. 3 Justice of the Peace Judge Cody Parrish conducted the inquest and ordered an autopsy.

First responders used the “jaws of life” to cut through the plane’s fuselage and removed the two occupants who were brought to shore at midnight by boat. The plane has been marked with buoys and will be removed from the river at a later date.

VIDEO BELOW WAS SHOT BY JOANNE GAINES OF SAN ANTONIO, TEXAS. SHE AND HER FAMILY WERE ENJOYING THE DAY AT THE RIVER WHEN THE PLANE DOING STUNTS

CAUGHT HER ATTENTION, JUST AT THE END OF THE VIDEO THE PLANE DROPS FROM THE SKY AND CRASHES INTO THE RIVER. 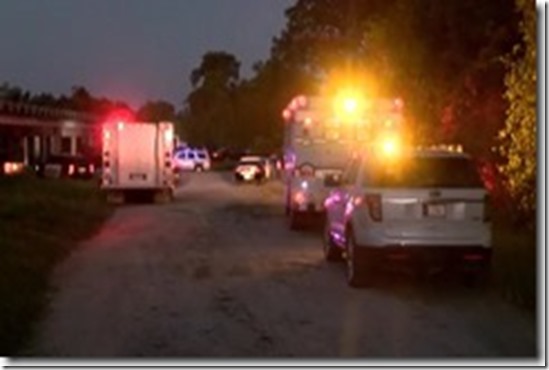 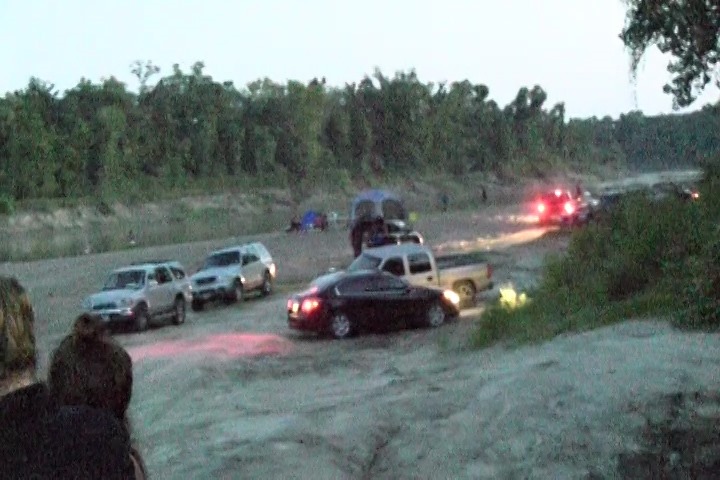 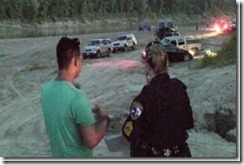 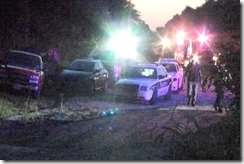 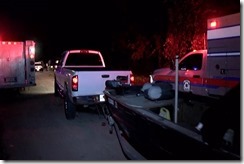 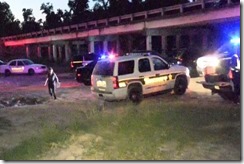 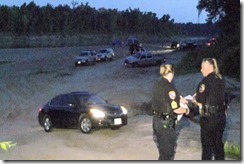 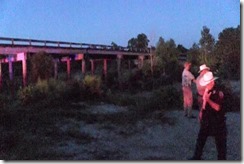