Approximately 12 minutes after the Chase attempted robbery at 1:36pm, a second hold up alarm was received at the 1st bank and Trust located at F.M. 1314 and US 59 in Porter. Deputies responded to that bank and learned that a black male suspect with long dreadlock hair, matching the same description, entered the bank and produced a note demanding money from the teller. The teller complied and the suspect fled the scene on foot heading west around the building. No suspect vehicle was identified at either scene. The amount taken is still undisclosed at this time.

The suspect is described by witnesses at both scenes as being a black male, 20-30 years of age approximately 5’06-5’08 tall and weighing approximately 170 lbs. with long dreadlocks down to the center of his back or lower. The suspect was wearing a bright yellow oversized t-shirt and baggy blue jeans. Witnesses at both banks said that the suspect had shiny gold teeth. 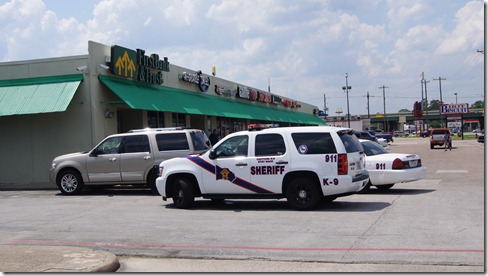 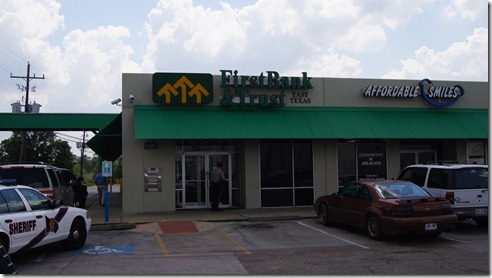 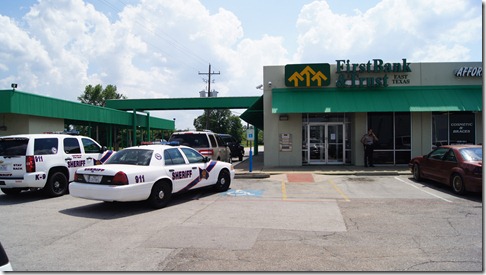 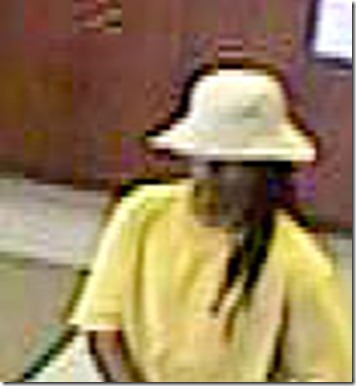 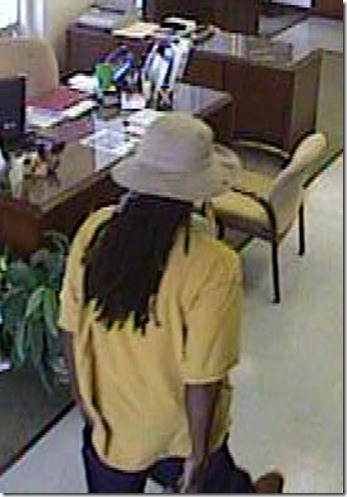 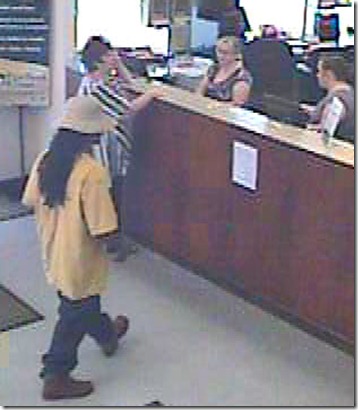