pursuit goes tomball to spring to conroe TO MAGNOLIA 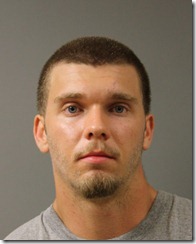 At 2:20am Sunday Cody James Ross, 22 of 17102 Grey Oaks Drive in Conroe was asked by the staff of the Red River Club at 23238 Tomball Parkway to leave the club due to his behavior. Once outside the club he entered his Ford F-150 pickup and drove by the front of the club.

He then shouted expletives toward deputies outside the entrance. A patrol supervisor ordered a marked unit to stop the truck for exiting the parking lot at a high rate of speed almost striking patrons in the parking lot. Ross then fled north on SH 249 toward Northpointe Drive where he made a u-turn and fled down Spring Cypress Drive.

Only one deployment was successful. Ross then fled to Interstate 45 and turned north toward Conroe.  When he got to FM 1488 other Montgomery County Sheriff’s Units assisted along with Precinct 5 Constables who were out on patrol.  Also DPS, Magnolia, Tomball and Shenandoah units assisted in the pursuit.

Montgomery County Sheriff’s Office deputies deployed another set of spikes and deflated an additional tire which caused Ross to lose control and run into the ditch near Lake Windcrest.

Ross then fled into the woods. With ID and paperwork in the vehicle deputies were able to determine who he was and took him into custody later.