After 22 years with the Texas Department of Public Safety, Texas Ranger Wesley Doolittle retired last week. Doolittle had the weekend off before continuing in his new endeavor in law enforcement. Monday morning, friends, and family gathered at Montgomery County Precinct One Constables Office. Constable Phillip Cash swore Wesley Doolittle in as his new Captain with the Precinct One Constables Office. His swearing-in was witnessed by family and friends that he has been associated with in law enforcement over the years. Some included Former Montgomery County Sheriff Tommy Gage, also Commanders with Houston Police Department, and Police Chiefs from around the area including Humble Police Chief Ken Theis and his Assistant Chief Dan Zientek. Doolittle will be over the Criminal Investigation Unit. He will also be over Lake Patrol, recruiting, Internal Affairs, and watching over the children of Willis as he heads up the Precinct 1 Deputies who handle security for Willis ISD. In addition, he was tasked with being Public Information Officer and dealing with the media.

Doolittle’s family dates back to the 1800s in Splendora. He grew up in Splendora attending school from the 3rd to 10th grade. He then Graduated from Cleveland High School in 1992. He started working as a pipefitter and welder forLewis Energy after graduating but had the calling for law enforcement. In 1998 he graduated from the former North Harris County College Police Academy (now Lone Star College). In 2000 he applied and was accepted into the Texas DPS Academy and in 2001 was assigned as a Trooper in Cleveland-Liberty County. After meeting his wife Sherry he transferred to Tomball in 2003. In 2005 he moved to McAllen, Texas after being promoted to Sergeant in the Criminal Investigation Unit of DPS. He remained there a year working narcotics before being assigned to work with the DEA in Houston. He was awarded by HPD after he along with the DEA Unit was assigned to break a major drug cartel working in the Houston area but based in the Valley. In 2008 and 2009 over ten tons of marijuana and made 56 drug arrests associated with it. In 2009 he applied to be a Texas Ranger and was picked in the first round. He was assigned to Victoria, Texas then transferred to Houston in 2010 and again they then transferred him to Conroe where he remained from 2015 to this year when he retired. As a Ranger, he had authority throughout the State of Texas and worked with over 50 Sheriffs and District Attorneys during his assignment. His duties as a Ranger included investigating Civil Rights Violations in the jail, murders, officer-involved shootings, and assisting in homicide investigations. During his time as a Ranger, he also attended Sam Houston State where he obtained his Bachelors and Master’s Degrees in Law Enforcement. Doolittle lives in Montgomery with his wife and four children.

Constable Cash believes having a servant’s heart is one of the most important characteristics in an effective leader, and he believes Captain Doolittle’s dedication and commitment to the citizens of Montgomery County and the State of Texas will help him transition into his new role within the Precinct 1 Administration. Constable Cash is excited to work with Captain Doolittle to serve the community of Montgomery County Precinct 1. 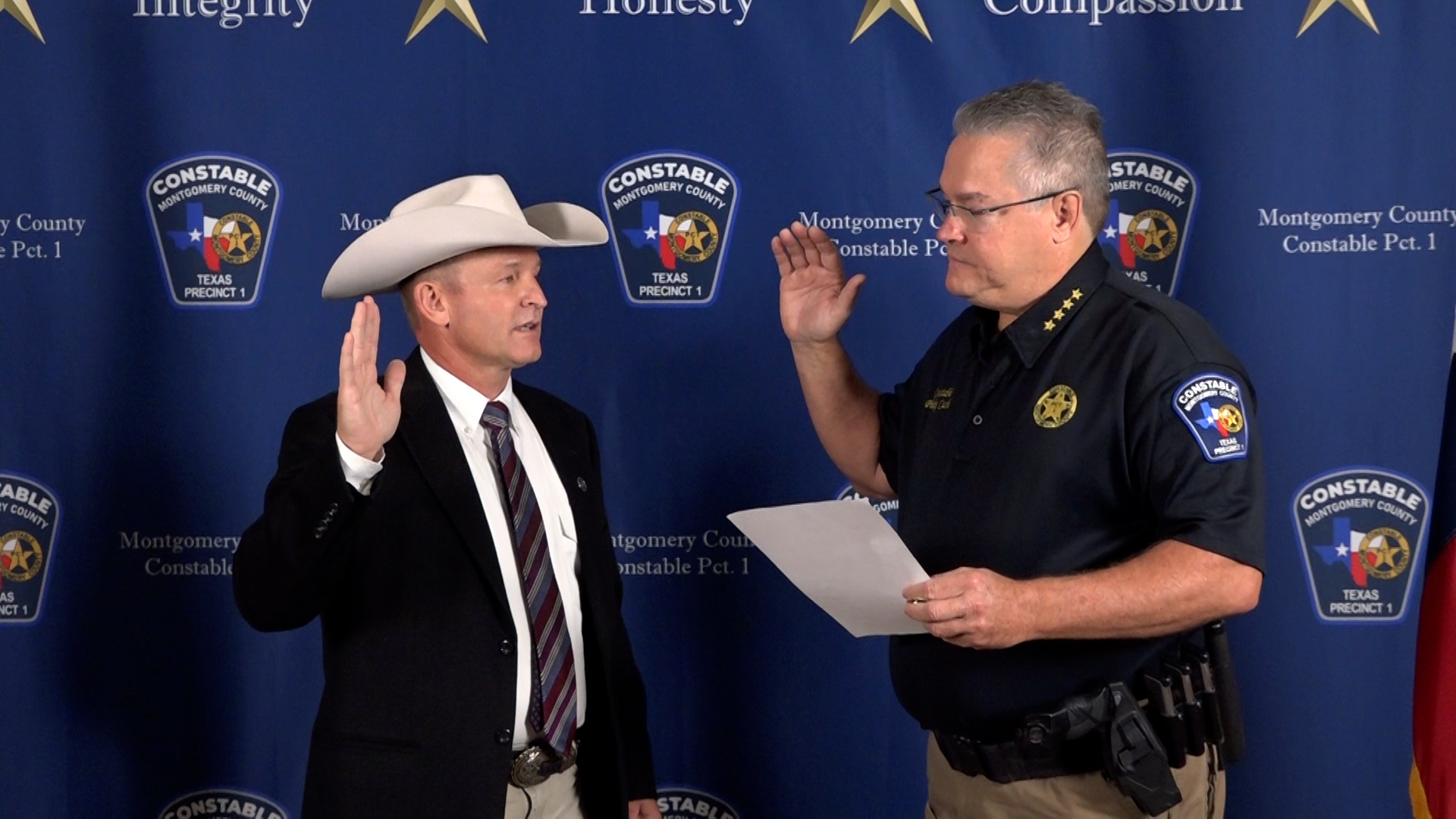 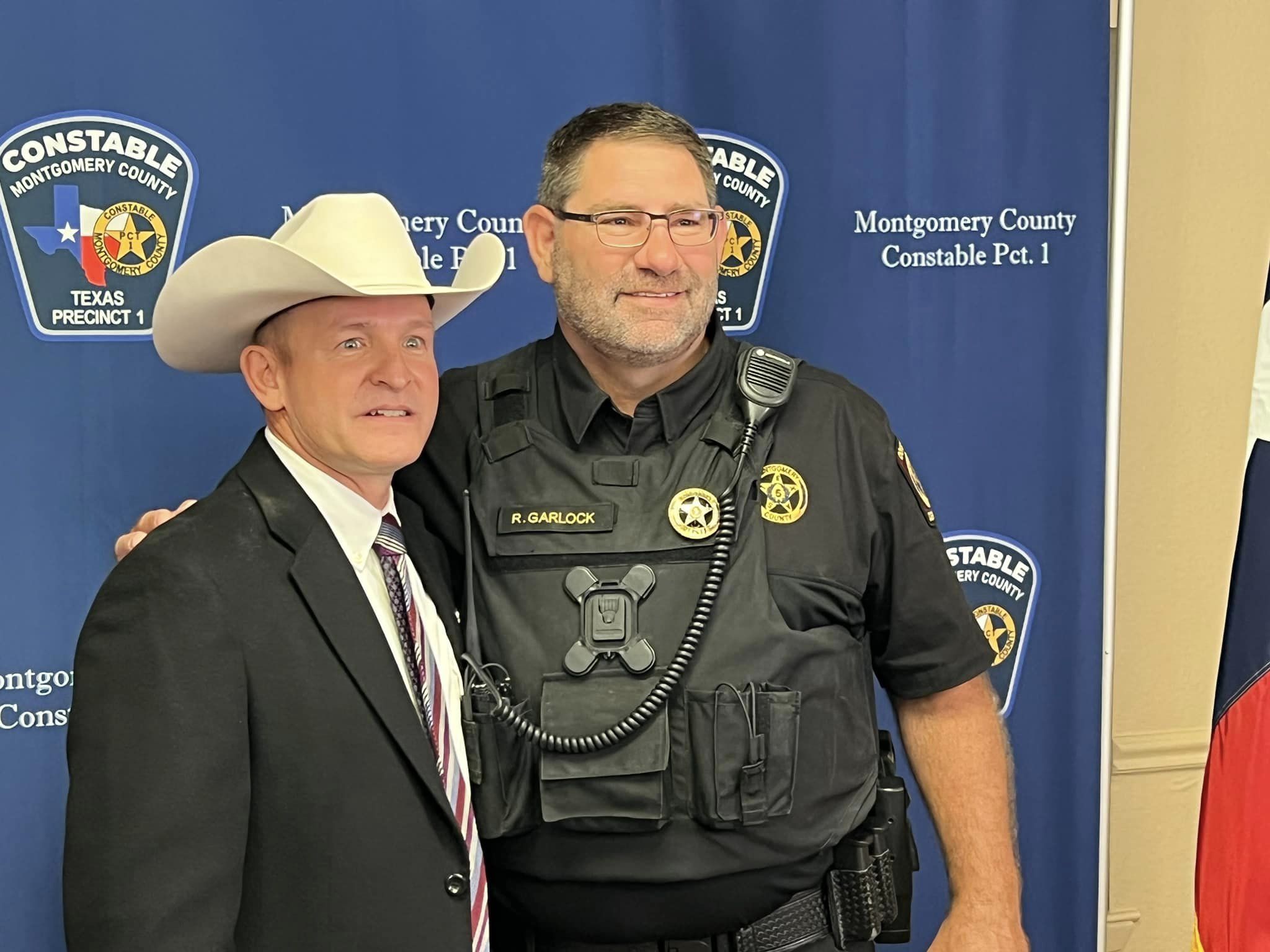 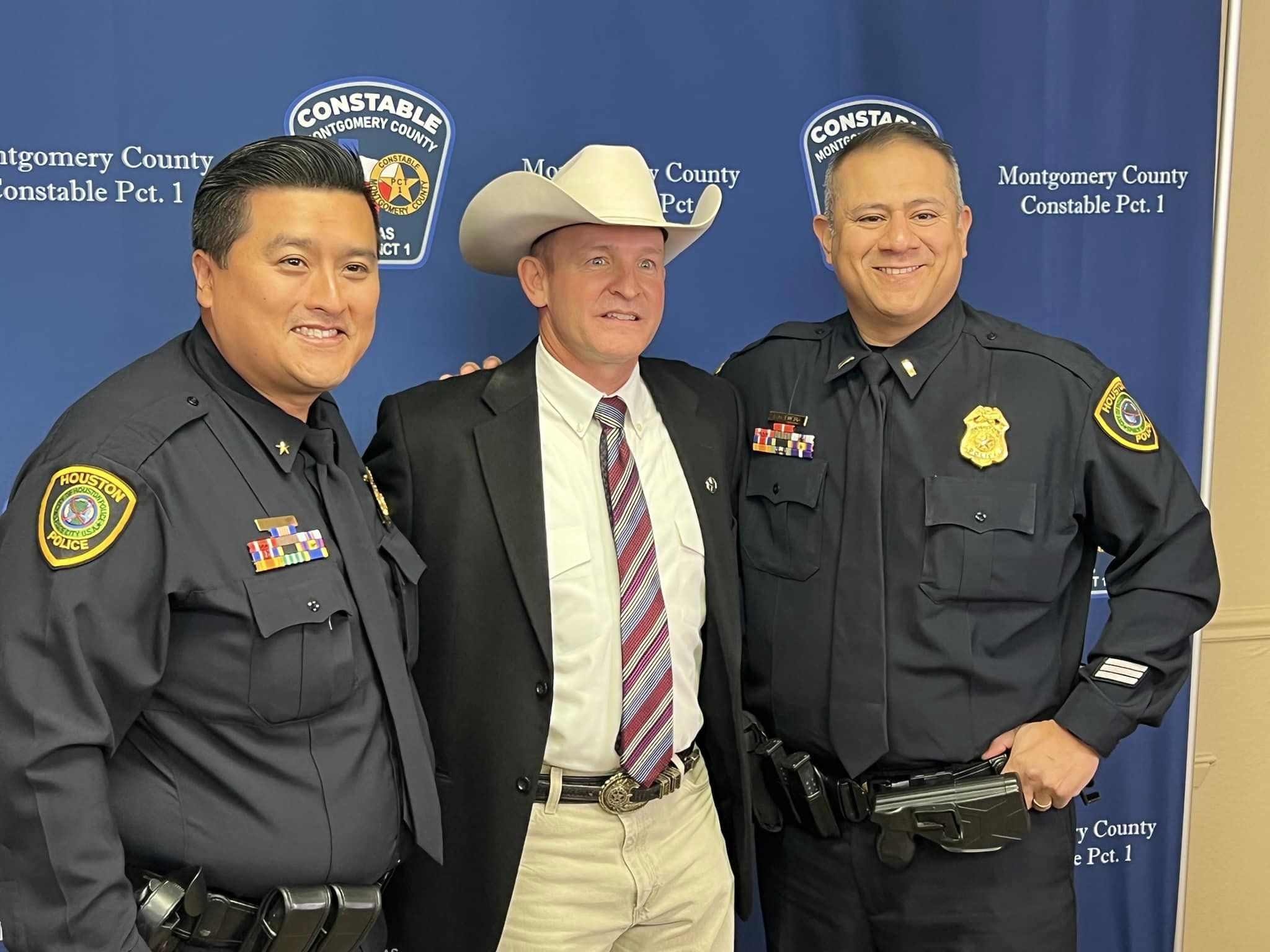 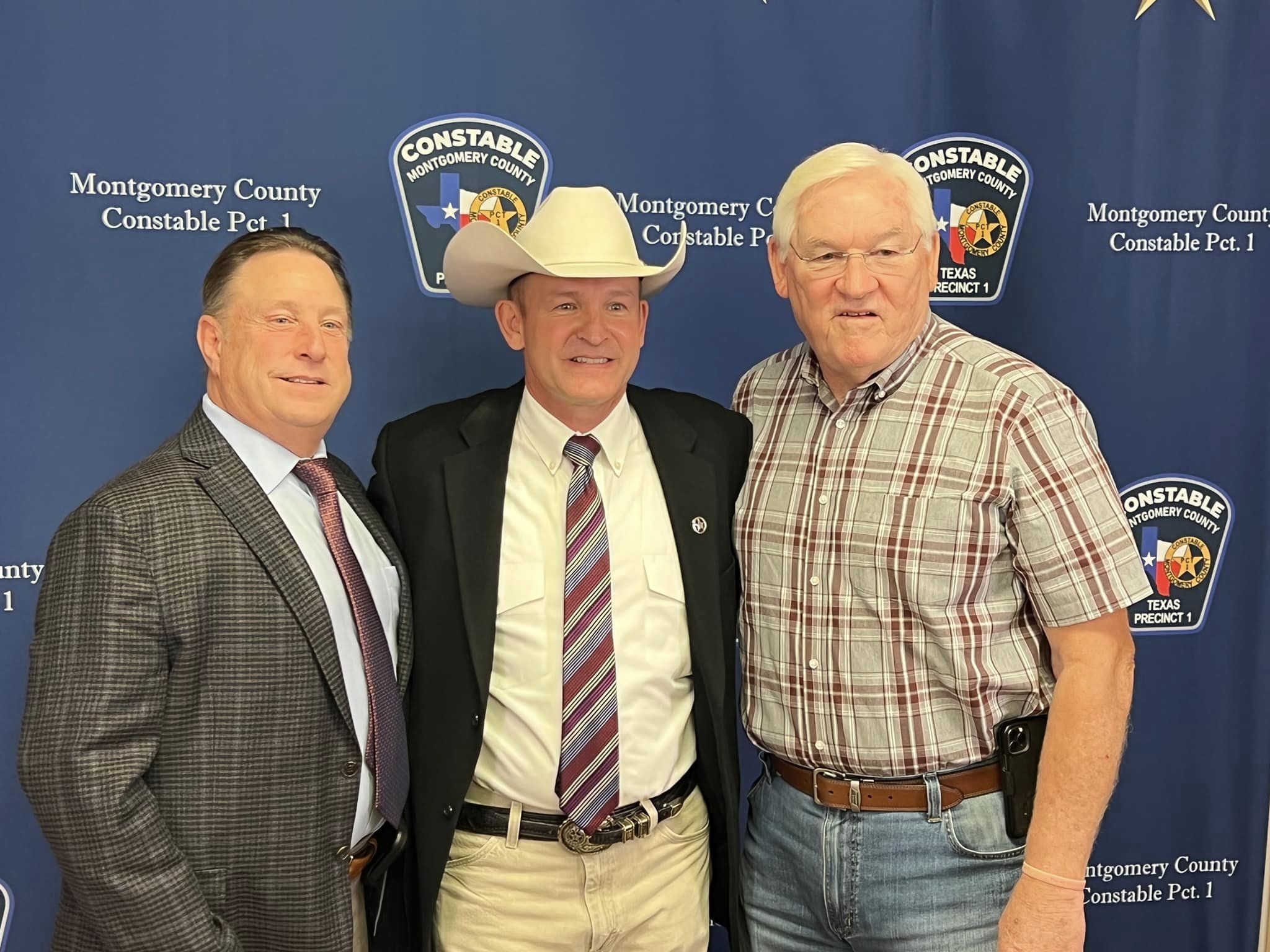 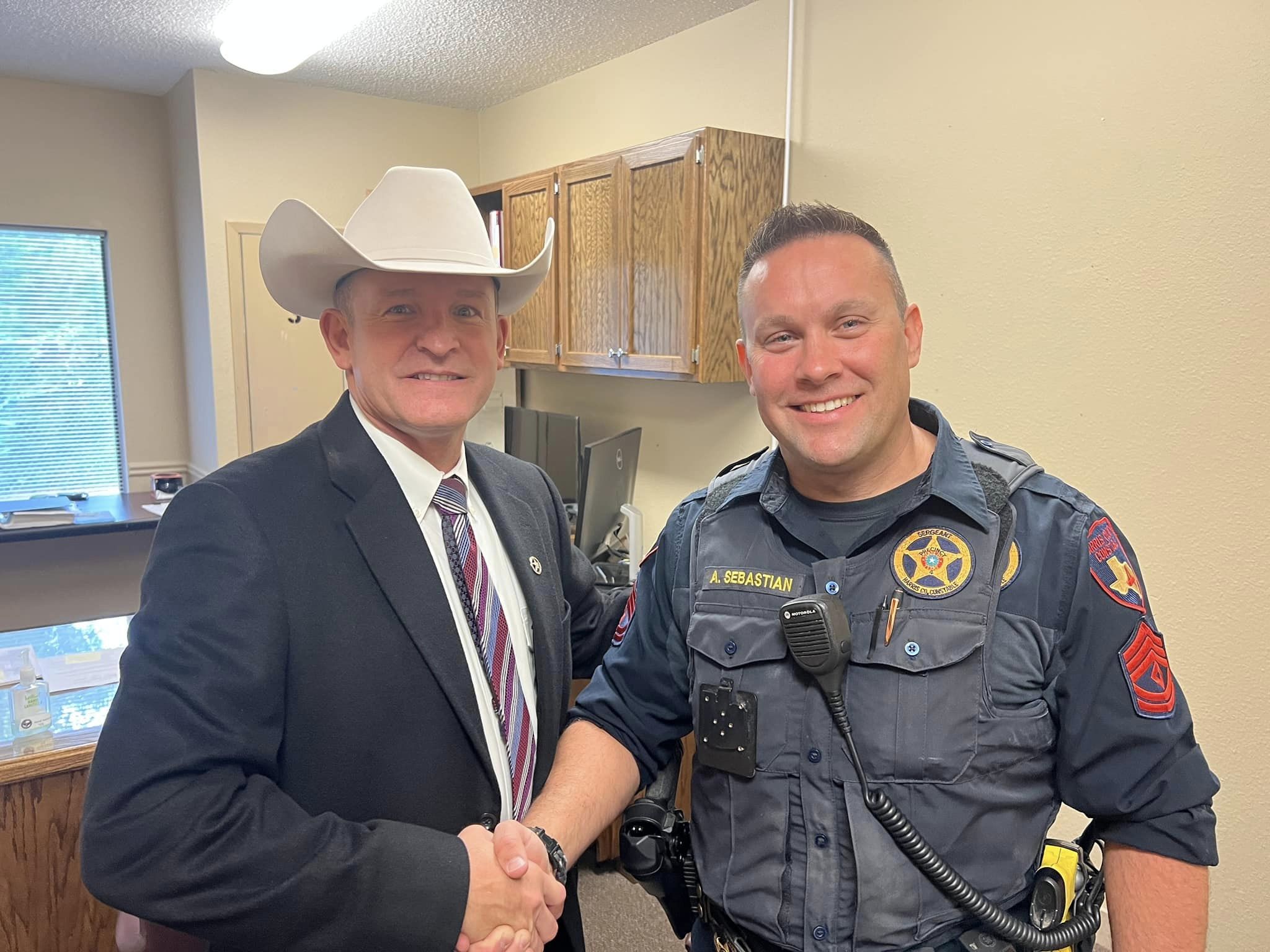