The historical landmark town clock that has graced the front of the old Taff Insurance Agency building at 405 Main Street, Daisetta, Texas in East Liberty County since the early 1940’s was stolen sometime during the daylight hours of Wednesday, March 8 to Saturday, March 11th. The old clock which is thought to be about 80 years old was described as being approximately 24″ across the front with a white face and black numbers with a metal casing. It was circled by a white neon light which was non-functional at the time of the theft.

The family who owns the building and the clock has offered a $500.00 reward for information leading to the finding of the clock as it has not only been a town landmark for so many years but is a family keepsake as well. In addition to the reward offered by the family, Crime Stoppers will pay a cash reward for any information leading to the arrest of the person or persons responsible for the theft. Information can also be provided to the Liberty County Sheriff’s Office or the Daisetta Police Department. 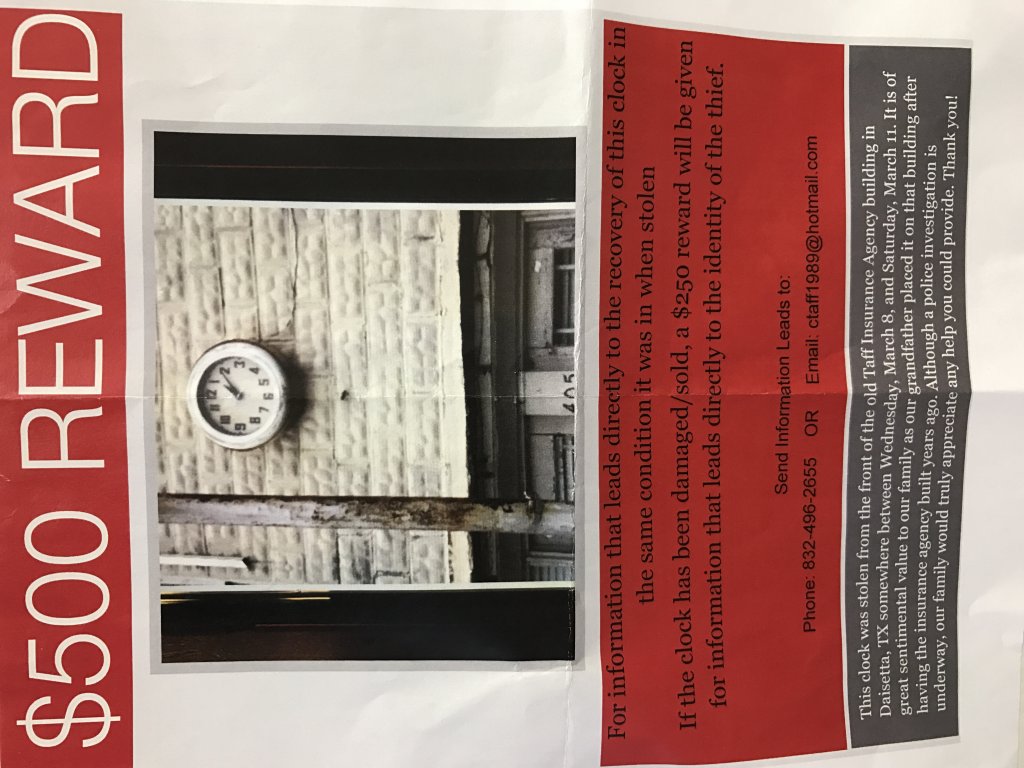