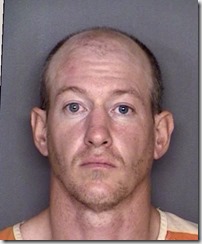 The Grimes County Crime Stoppers is seeking information which leads to the arrest of an individual wanted on felony arrest warrants out of Grimes County and other multiple other law enforcement agencies.

On the date of Friday, June 22nd 2018, Charles Joshua Raines had fled from Grimes County Sheriff’s Deputies in a vehicle pursuit after receiving a report of a stolen vehicle. Raines’ was reported to be in possession of a vehicle that had been reported stolen out of the Bryan Police Department.

During this pursuit, a Grimes County Sheriff’s Deputies’ patrol vehicle was damaged by Raines. Deputies with the Montgomery County Sheriff’s Office deployed spike strips in attempt to disable the vehicle. The vehicle eventually came to stop in a pasture off of State Highway 105 where Raines fled on foot and eluded Deputies.

If anyone knows Raines’ whereabouts, they are encouraged to contact Grimes County Crimestoppers and should not attempt to detain or apprehend him.

We are asking you to help solve this crime. Anyone who has or thinks they may have information that could assist in solving this crime should call Crime Stoppers at 936-873-2000. Tips can also be given anonymously at https://www.p3tips.com/tipform.aspx?ID=508 or download the P3 Tips app from the Apple Store or Google Play. Any information given will be done ANONYMOUSLY!

If your information leads to an arrest and/or indictment in this case, you may be eligible for a cash reward of up to $1,000.00.