About 2:30 pm Friday Sam Houston State University Officials locked down the campus due to a report of several people with weapons on the campus. Huntsville Police responded as did Walker County Sheriff’s Department to secure the campus. A search of the campus turned up some someone with a Nerf Gun. Even though the gun was found a search continued of the campus. “Remember Virginia Tech, it took two hours before everything really happening,” said Bruce Erickson, Director of Communications for Sam Houston State University.

The officials say they didn’t set off their campus alert system called Kat-safe until they knew exactly what they had. The alert went out almost one and one half hours after the incident started.  Even though they said they monitor social networks they still failed to put out an alert as they didn’t want to create anxiety Erickson said.

Messages started almost immediately on Facebook and Twitter with very few factual accounts of what was happening. One message stated there were bodies all over in the library. Another that the shooter had shot several students. Even another that ambulances were lined up.

It was not the system failing but Communications Director Bruce Erickson deciding not to implement KatSafe so that police could verify the information. He did also state that if there was a real gun, response would have been quick. They wanted to determine if the initial call was factual. Erickson did go on to say, “Overall, the students should rely on social media in the absence of KatSafe.”

The press conference lasted almost thirty minutes and what Erickson said as he approached the podium he had no written statement. However at times he repeated himself. He appeared nervous at times as he spoke drumming his fingers on the podium. Several times he had to rely on a SHSU  officer for correct information.

The KatSafe system notifies almost 20, 000 pagers, phones and texting devices of students, faculty and parents. Erickson said they have many canned alerts prepared to go out but to write one takes some time.

Back on April 17, 2008 several students were gathered in what is called the Pit Area of the campus when one student pulled a gun and fired a shot into the air. Nobody was injured but the computer lab and a shop were locked down. At that time a library worker was notified by students and not notified in any other manner including when she called cmpus police.

THE KATSAFE MESSAGE: THE ONLY MESSAGE SENT THROUGHOUT THE ONE AND ONE-HALF HOUR ORDEAL.

Sam Houston State University police received a call Friday (October 22, 2010) mid-afternoon of persons on campus carrying guns.  The University immediately implemented its critical incident management plan. Police later determined that the individuals involved were students engaged in a “nerf ball” game.  I would like to compliment the cooperation, collaboration and response of the University PD and the other local agencies who responded.  In my view, the incident was handled well and we have identified in this “live” experience ways to improve our communication. We are grateful that this incident had a good ending. 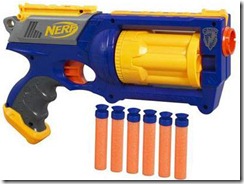 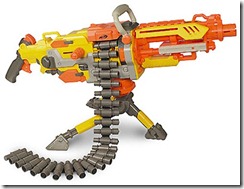