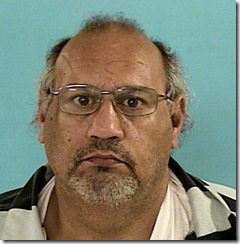 Last Friday William Pete Mitchell, 57, plead guilty to intoxication manslaughter. He was sentenced to seven years in the Texas Department of Criminal Justice by Judge Michael Seiler, 435th District Judge after a plea bargain agreement had been made. The vehicle was admitted into evidence as being a deadly weapon which means Mitchell must complete three and one half years to be eligible for parole.

On August 23, 2012 just before 1 p.m. , Montgomery County Hospital District medics and the New Caney Fire Department received a call for a single vehicle crash near FM 1485 and Redbud Dr. When fire crews arrived on the scene they found the male driver trapped and his female passenger already deceased. Firefighters used their rescue tools to extricate the man who was driving a 1992 Chevrolet Suburban westbound on FM 1485 when he crossed the eastbound lanes and struck a pine tree on the south side of the roadway. The driver was transported by ground ambulance to Memorial Hermann Hospital in the Woodlands.

Pct. 4 Justice of the Peace James Metts conducted an inquest and ordered the deceased transported to Montgomery County Forensic Services in Conroe for autopsy.

The female passenger was identified as Connie Mitchell.

The driver, who first denied to Troopers as being the driver finally admitted it but did not know what caused him to leave the roadway at a high rate of speed.

Another driver who was behind Mitchell told Troopers that Mitchell had been weaving all over the roadway for no apparant reason and had was almost involved in several head on crashes. At the time of the crash the witness was on his phone with 911 reporting the driver weaving.

Troopers on the scene did detect slurred speech and his motor functions impaired.

A blood test which was done by the Harris County Medical Examiner showed signs of Suboxone, Soma, Lorazepam, Mcprobamatic, and Marihuana Metobolite in his system.