Sexual Assault of a Child and Compelling Prostitution

On Friday night November 29, 2013 at approximately 2353 hours, Officers were dispatched to the 1700 block of Meridian Court in reference to an FSRA vehicle crash.  Upon arrival, the occupants of the vehicle could not be located. Officers discovered a wallet belonging to Will Ewing on the seat of the vehicle. The address of Ewing was across the street from the accident. Officers made contact with Ewing who stated two females had just ran into his residence.  An investigation revealed that the females had just left Ewing’s residence, in a hurry after stealing his wallet.  Officers also discovered the females had come to the location earlier in the evening to have sexual intercourse with Ewing in return for money.  One female was found to be a runaway juvenile and the other was identified as 21 year old Jasmine Baker.  Through the investigation it was determined that both Ewing and Baker compelled the juvenile to have sexual intercourse, with each of them, in return for money.  Both subjects were arrested and transported to jail.  The juvenile was transported to the ER for a sexual assault examination and then released to her mother.

Will Ewing is a retired Conroe Police Sergeant. He worked for the Conroe Police Department from 1982 until Feb. 2003, when he retired. 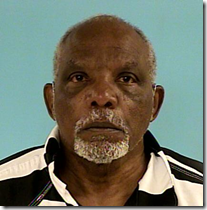 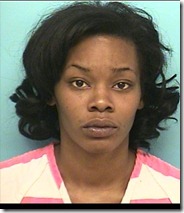