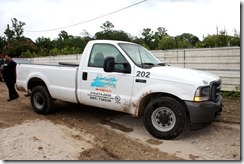 The pickup was stolen the previous week from a Liberty County while parked outside of a Cleveland area bar named Buffalo Two. The Cleveland Police Department took the initial report and launched an investigation. Soon after, the Pct. 4 Constable’s Office received information regarding the possible whereabouts of the vehicle that was believed to be an address in the part of unincorporated Cleveland that lies in San Jacinto County and later turned out to be the home of one of the suspects. Pct. 4 deputies and members of the San Jacinto County Sheriff’s Office checked the address on Rajak, but the truck was not on location and they left without any progress made in the case.

Pct. 4 then received information the truck might be in the Porter area. It remained unseen until Monday night when a Pct. 4 Deputy Constable was on patrol in the area of US 59 and W. Hammond in the Porter area and noticed the stolen vehicle and two others traveling southbound on the feeder road. A maroon colored van was traveling in front of it and a maroon colored Dodge pickup was behind it. The three appeared to be together.

The vehicles turned west on W. Wallis, where the deputy initiated a traffic stop on the stolen pickup. The maroon pickup began to get closer to the rear of the stolen truck and the deputy had to force his way between the two. The stolen truck pulled over and the van and second pickup sped away.

The Deputy detained the driver of the stolen pickup, Justin Dallas, who said Jeremiah Andrews paid him $50 to drive the truck to Porter. Dallas said Andrews insisted the truck was not stolen, but he “had a feeling” it was, and drove it anyway. The truck had been hidden in a wooded area.

The Deputy notified others on duty of the two suspects that fled in the van and the second pickup. Other patrol units stopped and detained the drivers, Jeremiah and Joshua Andrews.

Once in custody, Jeremiah Andrews confessed stealing the pickup and said he paid Justin Dallas $100 to drive it to Porter where his older brother Joshua had arranged to sell it. Joshua Andrews chose not to make a statement.

Pct. 4 Constable Kenneth “Rowdy” Hayden was proud of his deputies.

“Because of an observant deputy, a stolen vehicle was recovered before it could be illegally sold in East Montgomery County,” Constable Hayden said. “Swift action was also taken in locating the other two vehicles involved and arresting the remaining suspects.”

Joshua Andrews’s criminal history includes a third-degree felony conviction for Assault on a Public Servant and Assault Causes Bodily Injury Family Member, but he was not combative when arrested on Monday.

All three suspects were charged with Theft and booked into the Montgomery County Jail. 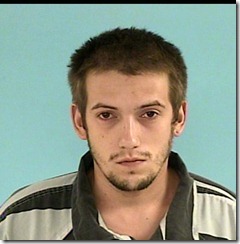 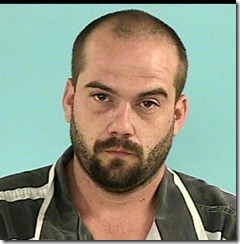 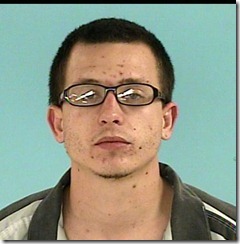 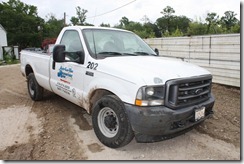