A cold front will cross Southeast Texas Monday morning into the early afternoon and bring a line of showers and thunderstorms across the region.

Showers and thunderstorms are expected to develop after midnight and increase in coverage and intensity as a cold front nears the region Monday morning. The front should reach College Station between 9 AM and 10 AM, the Houston area between 11 AM and 1 PM, and coastal areas between 1 PM and 3 PM. The primary severe weather hazard will be strong damaging winds. There will also be a threat to isolated tornadoes. Although any stronger storm could produce locally heavy rain, the line of storms is expected to move fast enough that excessive rain is not anticipated. The Storm Prediction Center has placed the eastern half of Southeast Texas in a Marginal Risk for severe thunderstorms for very late tonight (after 3 AM) into Monday. 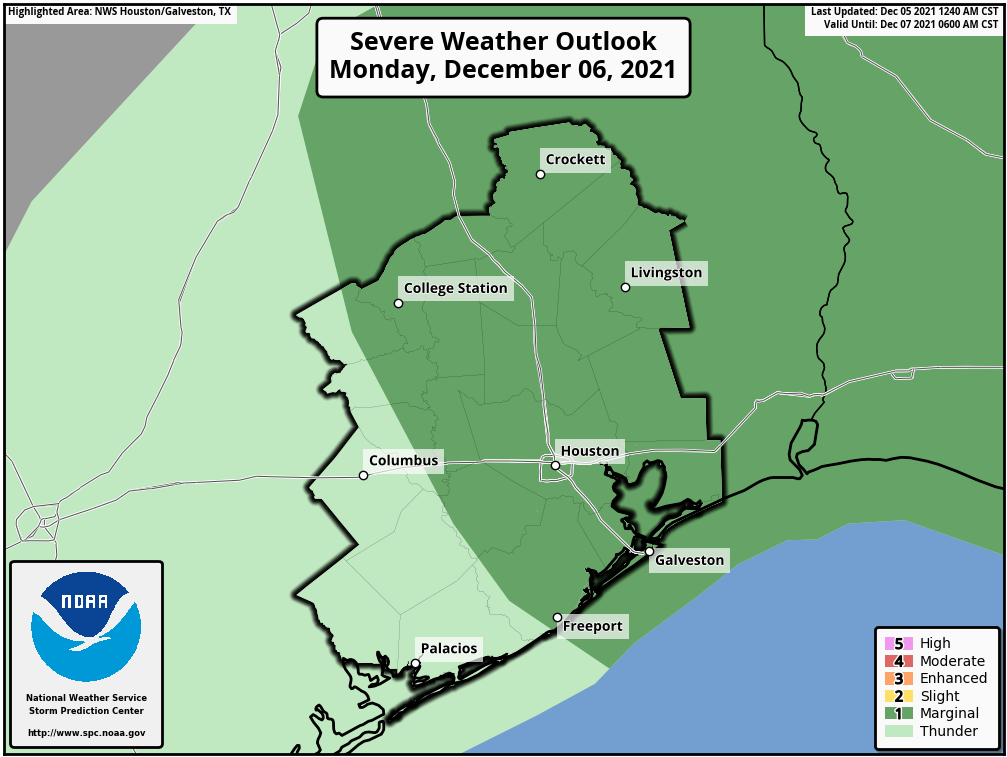 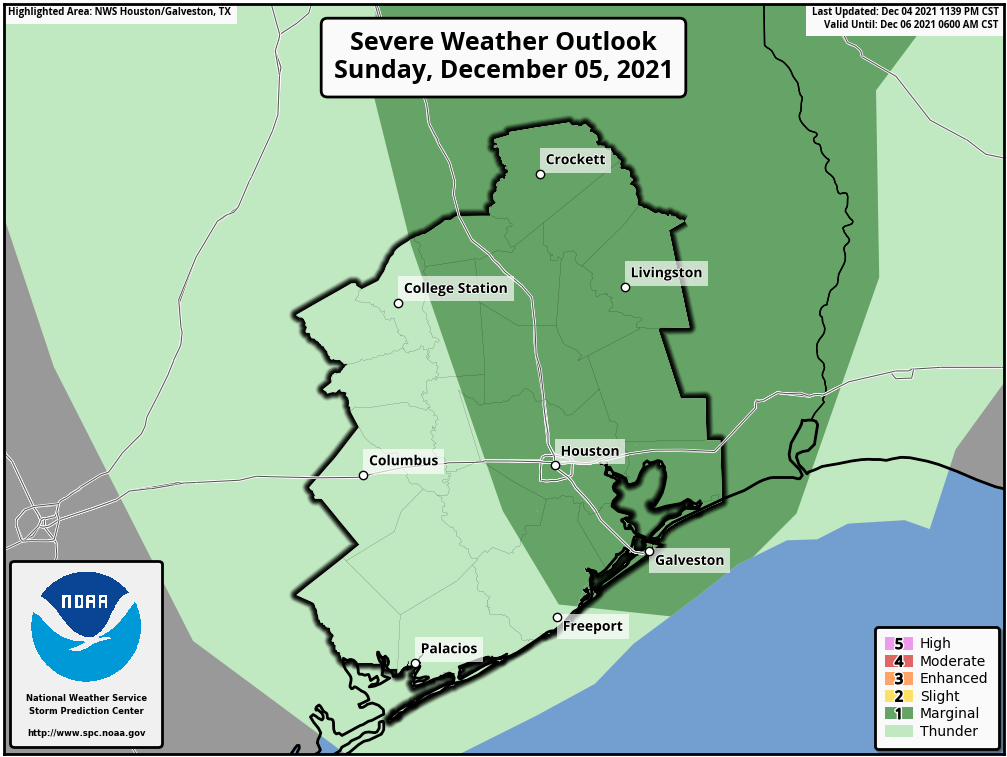 Urban Flash Flood Messaging
Heavy rainfall is forecast for portions of Southeast Texas, including highly urbanized areas like the Houston metropolitan area. Based on forecast conditions, NWS Houston will be utilizing the following urban flash flood messaging for this event: