Stephen Burks, age 30 of Tomball was sentenced by Judge Michael Mayes, of the 410th District Court to ten years in the Texas Department of Criminal Justice in which he will be eligible for parole after five years. Also 10 years probation on his second count of Intoxicated Assault against Aurelio Iglesias, age 47 of Conroe. Along with the probation he must serve 90 weekends in the Montgomery County Jail, attend at least five AA meetings a week and reside in Montgomery County. Burks plead guilty last month to the two charges of Intoxicated Assault.

This all from the August 15, 2009 crash in which Burks, slammed into the rear of 2007 Caney Creek graduate Carlo Lujan age 21 of Conroe. The accident occurred at the intersection of SH 105 East and Millmac. Lujan’s vehicle in turn struck Inglesias vehicle trapping him for almost thirty minutes.

Lujan was taken by PHI Air Medical to Hermann Hospital in Houston where he was diagnosed with five broken ribs, injury to his spine top the point his head was separated from it.

Lujan has been in a coma ever since and during Friday’s punishment hearing Montgomery County Hospital District medics brought him into the courtroom on a stretcher. He was wheeled up in front of Judge Mayes who, as he stood up at his bench looked down and him and said,”Mr. Lujan, I don’t know  if you can hear me, but I am Judge Mays, we are going to do what’s right for you today”. Lujan was then taken back out of the courtroom.

His mother Armida testified how it had changed their family. She spoke of the night of the accident, coming up to the scene after she was called by her other son, then 16 who had been riding with Carlo who had left a church function at the Central Christian Liberated Church,  in which he preached as a youth minister. She told how her knees were so weak she couldn’t approach the scene. Then of going to Hermann and being with him. Listening to doctors over and over telling her he needs to come off life support. She said she knew that was the Lords decision and not the doctors. After five weeks in the hospital he was transported to a rehab center and later home. The medical bills are over $2 million dollars.

At home she testified he is like a baby. Her husband has had to quit his job to be home as Carlo needs to be rolled every two hours twenty-four hours a day to prevent his trach tube from being obstructed. His brother also helps. She now is working only part time as a clerk.

Carlo who was married at the time and was taking care of his 7 month old daughter as his wife had just signed on with the US Military. Now they hold the little girl to his face to kiss her on the cheek which he can’t. She likes being in front of him wanting to be read to but he can’t.

Inglesias testified he came to Conroe from Monterey Mexico in 2006 as a bi-lingual teacher. He would run daily to stay in shape. Now with severe knee pain he is unable to do that. He was in the other vehicle that was struck after Lujan was hit. Rescue crews spent over thirty minutes to free him in which time he said he was scared the car would catch fire. The vehicle roof had to be removed to get him out. He was covered in glass. He said he now feels like an old man when trying to get around. Rashes appear and vanish on a regular basis as his body adjusts.

A pre-K teacher now, students cry when he works as he can’t pick them up anymore. His bills have stacked up causes his credit to be destroyed.

Inglesias told the court drunk driving crashes are not accidents but negligence. He ended with, “ I forgive the guy, everybody makes mistakes.”

Trooper Robert Oelsner who was assisted on the scene by Trooper Hinojosa told the court of the disrespect given by Burks. When he asked about a blood sample Trooper Oelsner said he was met by Burks extending his right arm and extending his middle finger.

Attorney Steve Jackson next put his client Burks on the stand. Burks told of his life growing up in Houston. He then moved to Rye, Texas as his father wanted a better family life in the country. The youngest of three brothers he said he grew up in a good christian home, going to church every Sunday.

As they lived in the country one year they were given rakes for Christmas as there were a lot of leaves on the property. When his parents divorced his step father was an alcoholic and abusive and disliked his step son. Burks went to Tarkington High School where he played football in junior high. He told the court his first brush with alcohol was at a card game at the kitchen table. He was thirteen, he his sister, his mother and step dad were playing cards and he gave both a drink of alcohol.

Then in high school he would go out drinking with the guys.

He began drinking heavily after the divorce of his second wife.

After high school he got a job as a welder as his father taught welding at San Jacinto Junior College. He was working doing the same thing when he was involved in the accident, making $25 an hour.

The night of the crash he got off work and after cashing his check went to his mothers to give her the money for his cell phone bill. He then left there to go to Roadhouse on 105 at about 7p.m.. His friend left at 9:30pm but he stayed drinking.  Leaving there driving his pickup when the accident occurred. The crash flipped his truck upside down lodging the tailgate against the DO NOT WALK sign on the signal pole at the intersection.

Since the accident his attorney told him to quit his job and get his life together. He attended over 400 AA Meetings, chairing some. With stipulations put on him by his bond he was not allowed to leave Harris or Montgomery Counties. His children live in Polk County, his mother in Onalaska. He said he did not request Polk County visits with his children ages 16 and 12 as that was a privilege , one he didn’t deserve after what he had done.

After sentencing and as he was being loaded in the patrol car to start his sentence he said, “It was fair,” when asked about his sentence.

Tyler Dunman who prosecuted the case for the District Attorney’s Office said, “this case was very difficult for me. I have worked on a lot of these cases and this is the first one that I have really been impacted by and I think sometimes theses cases may even be as difficult as intox and manslaughter cases as we still have this person who is still here with us but he is in a permanent vegetative state.”

Dunman said, “the DA’s stance essentially is we are not going to tolerate them [dwi drivers] and were doing all we can to prevent them. Bret Ligon has dumped countless amount of resources into first trying to prevent people from deciding to drink and drive intoxicated.” “If they do do we are devoting training and resources into prosecuting them. 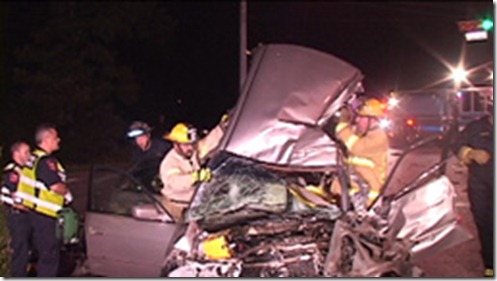 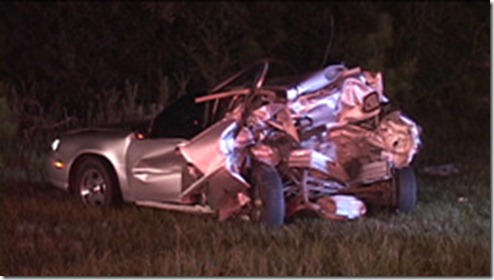 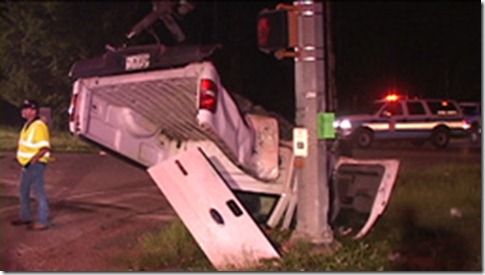 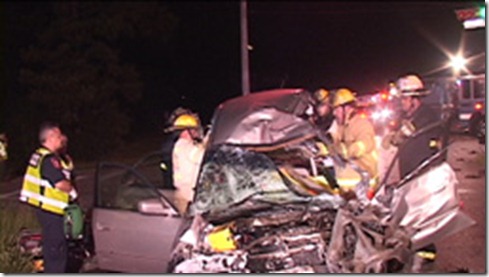