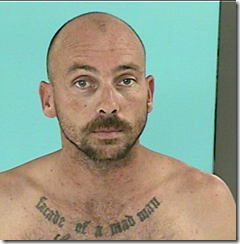 Steven Howard Loveday, 40, from Montgomery, Texas, was sentenced by Presiding Judge Michael Seiler of the 435th District Court of Montgomery County, Texas, on April 20, 2012, to three (3) Life sentences for the felony offenses of Continuous Sexual Abuse of a Child and Aggravated Sexual Assault of a Child (2 counts). Judge Seiler ordered all 3 Life sentences to run consecutively to each other.

Nancy Hebert, Chief of the Montgomery County District Attorney’s Office-Crimes Against Children Unit, presented evidence of the continuous sexual abuse of a female member of Loveday’s family, beginning at age 12 and continuing until age 16. At that time, the child outcried to her high school counselor. An investigation was then undertaken by the Montgomery County Sheriff’s Office, resulting in a three count indictment by a grand jury for continuous sexual abuse and aggravated sexual assault of a child (two counts). Evidence at trial, including the child’s own testimony, DNA testimony, and video and photographic evidence made by Loveday himself, showed repeated acts of sexual abuse by Loveday with the child as a victim on a weekly basis.

Following presentation of the State’s evidence, a Montgomery County Jury found Loveday guilty of all three counts. During the punishment phase of trial, the jury heard evidence that Loveday was a registered sex offender in the State of Texas and had been convicted and sentenced in Harris County to 5 years in the Texas Department of Criminal Justice (TDCJ) for Indecency of a Child by Contact of another female family member under his care. Because of the conviction and Life sentence for Continuous Sexual Abuse of a Child, Loveday is ineligible for parole from TDCJ.

“Nancy Hebert continues to show the benefit of specialized prosecution units with this verdict,” stated District Attorney Brett Ligon who created the unit. “Housing a prosecutor at Children’s Safe Harbor allows for better collaboration during the investigation of these cases which obviously leads to better results in the courtroom. I am ecstatic that Mr. Loveday will never victimize a child again, and our office will continue to pursue maximum sentences for child predators.”