For the third time in two days, New Waverly emergency crews responded to a major crash that left a driver critically injured and trapped behind the wheel.
Early Thursday morning, New Waverly Firefighter/EMTs and Walker County EMS responded to reports of an accident on I-45 southbound at the 106-mile marker, three miles south of Park Road 40.
The first arriving NWFD Deputy Chief reported that a driver was trapped in a passenger car underneath the rear of an 18 wheeler. The driver’s vehicle had struck the rear of a parked truck while it was disabled on the side of the freeway.
New Waverly Firefighters performed a “rapid extrication” due to the severity of the victim’s injuries, moving him to a waiting EMS unit. He was transported to Huntsville Memorial Hospital where he succumbed to his injuries.
Traffic was heavy for several hours as tow operators worked to clear the crash scene. DPS Troopers are conducting an investigation and the victim has not been identified. 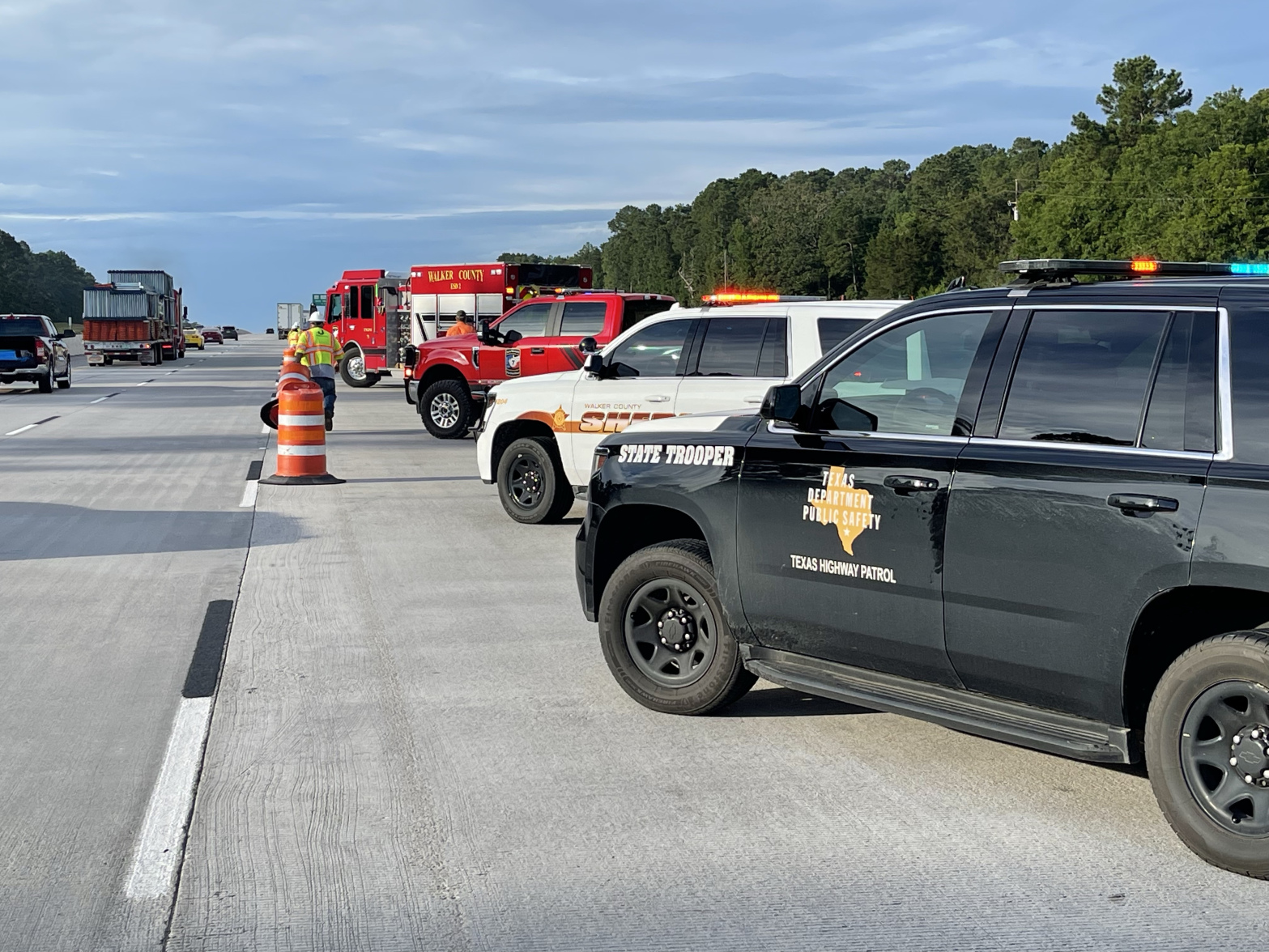