Officials from the Tri-County Health Alliance presented Tomball Police Chief Billy Tidwell with 26 new EMS go-bags that will be placed in each of the Tomball Police Department patrol units.

The presentation was made Nov. 12 at the Pecos Grill Restaurant in Tomball.

“We asked the Tomball Police Department how we could help them…and they said with go-bags,” said Anne Marie Paradowski, executive director at Tri-County Health Alliance.

The go-bag contains a list of emergency supplies and equipment that can help a police officer provide some basic first aid until EMS or fire officials arrive.

Tidwell said the police units have been carrying go-bags for a while, but many were carrying old supplies or were short on supplies.

“They were carrying an older version of these in their cars that this group gave us five years ago,” Tidwell said. “We are upgrading what we have.”

Tidwell said having those go-bags is just another tool that ensures all of the officers on the street are prepared for any emergency situation.

“You just never know,” he said.

The go-bags will be handed out and kept in each of the police units, Tidwell said. 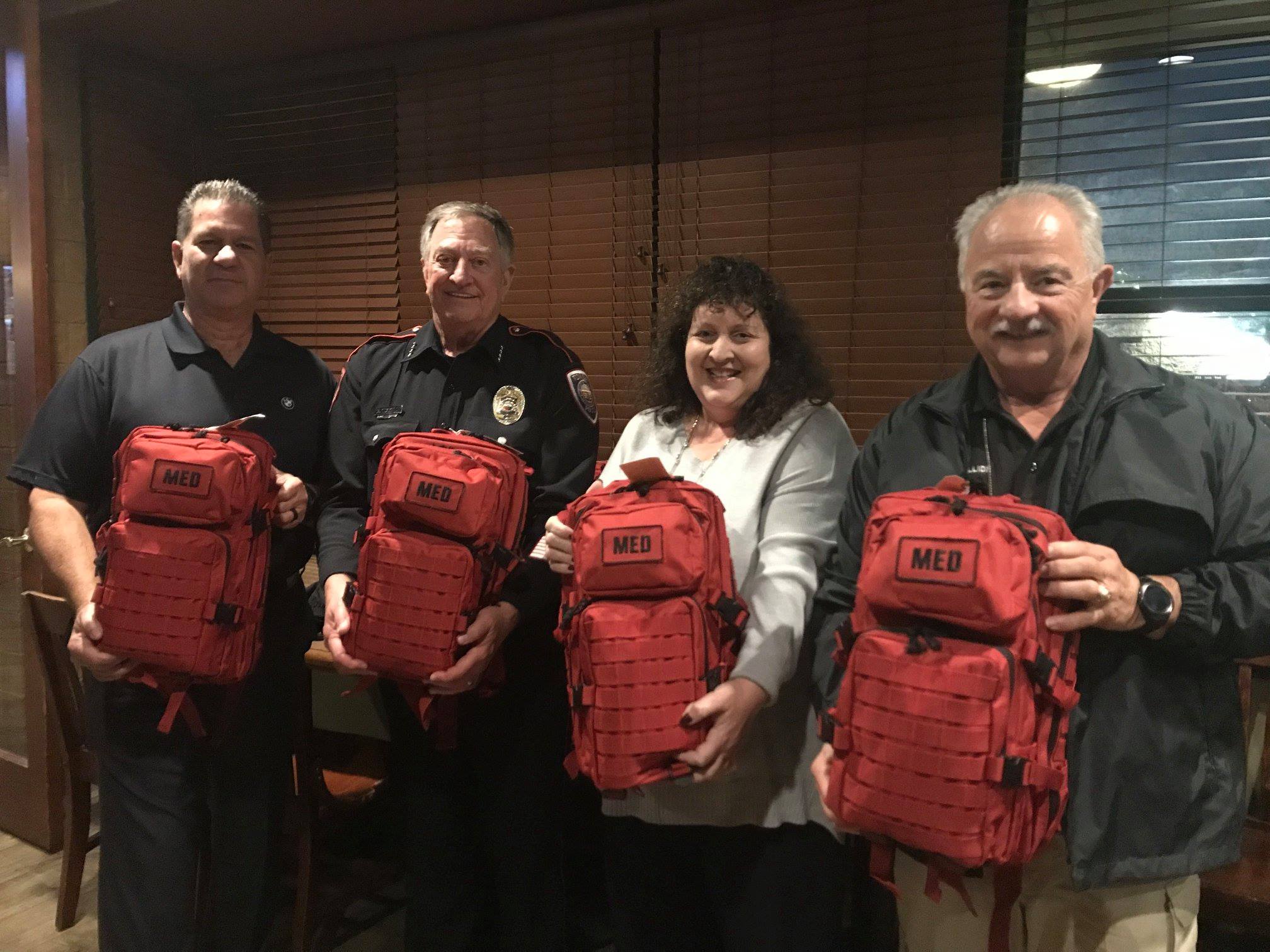