On June 29, 2008, Houston Police Officer Gary Allen Gryder was directing traffic at I-10 and State Highway 6. An intoxicated driver ran the barricade, striking and killing him. A memorial was done in his honor on the freeway wall. Last night, some sorry person went to the memorial and spray painted Grafitti over it. A short time ago a wrecker driver took this photo of Gryders family attempting to clean the wall. He said it looks like a several hour project.

ORIGINAL STORY
Officer Gary Gryder was struck and killed by a drunk driver while directing traffic at a construction site on the Katy Freeway. The drunk driver drove through a barricade and struck Officer Gryder and another officer without braking. The vehicle continued until striking a brick wall, where the driver was taken into custody.

The driver, charged with manslaughter, was found not guilty by reason of insanity and committed to the Rusk State Mental Hospital. On May 2, 2016, a Harris County judge denied his release from the hospital where he will have to remain for at least one more year.

Officer Gryder had served with the Houston Police Department for 23 years. He is survived by his wife, son, step-daughter, two grandchildren, parents, and two sisters. 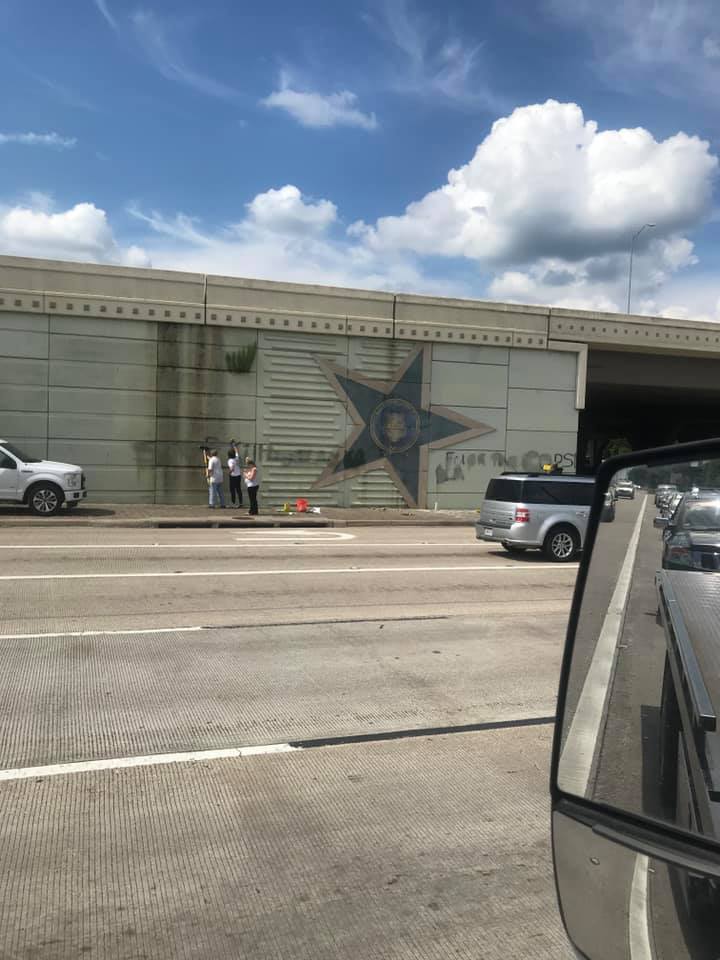 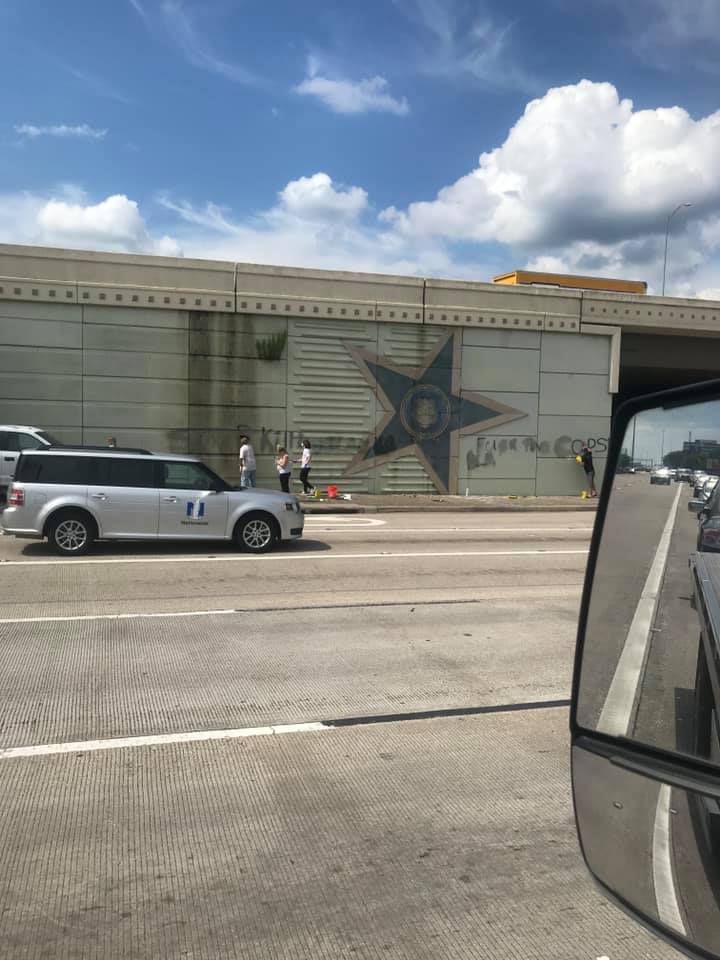 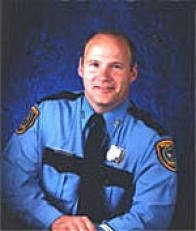