Just before 3 pm an 18-wheeler pulling an oversize load of oilfield equipment was struck by a train in Magnolia. The truck was hung under the crossing as the train approached. A road crew member who was assisting in moving the oversize load by raising power lines and lighting saw the train coming and yelled out a warning. The driver of the truck who spoke little english was pulled from the truck by another road crew member just before impact. At this time there are no  the locomotive is leaking diesel fuel.

With schools letting out and two major highways blocked Magnolia traffic is gridlocked.

The scene is not expected to clear anytime soon. 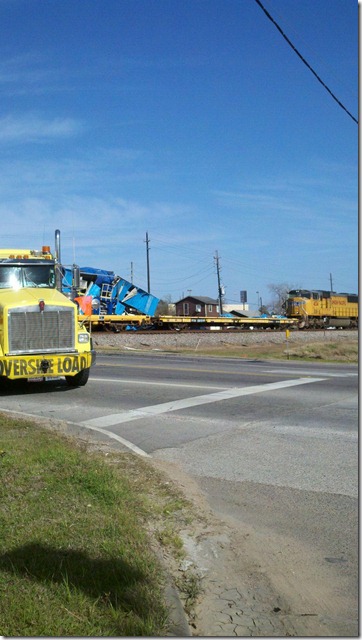 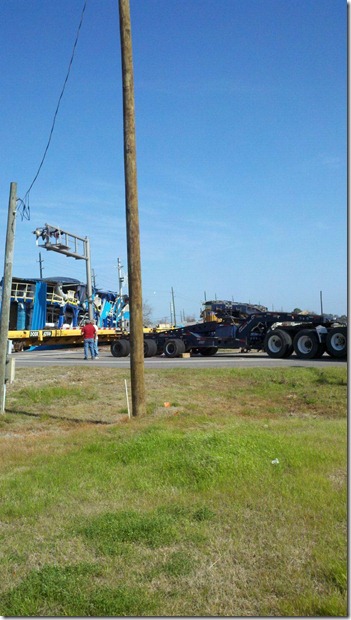 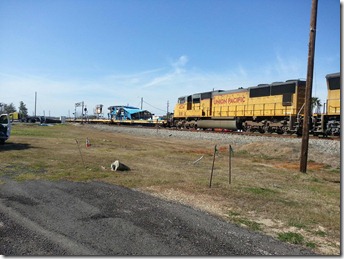 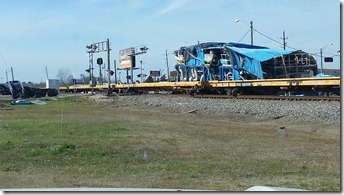 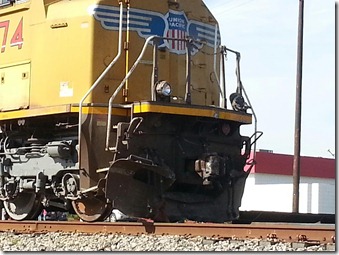 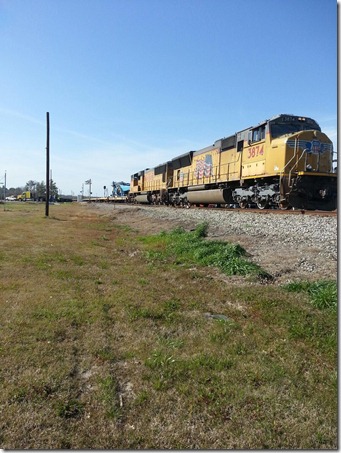 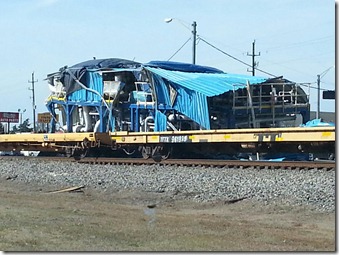 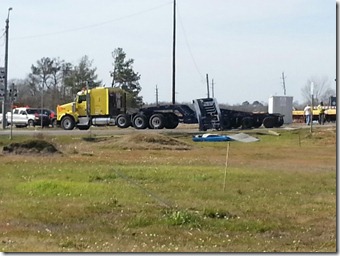 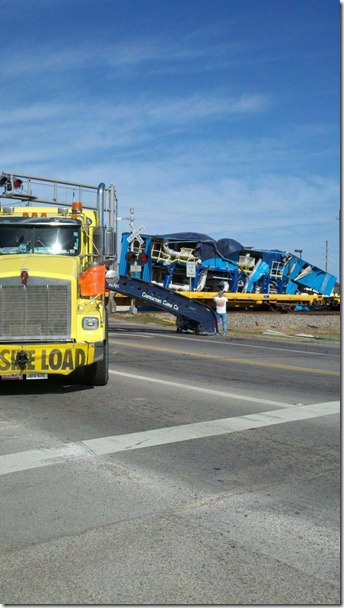 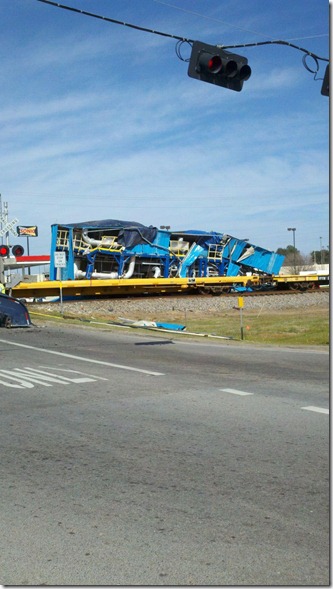 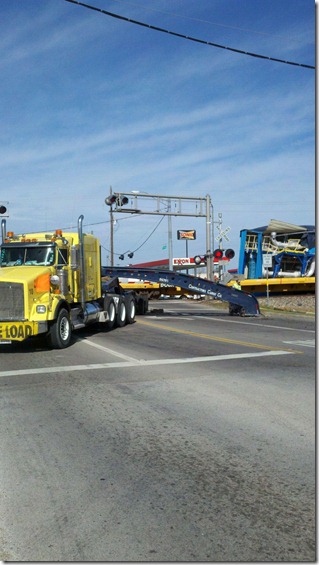 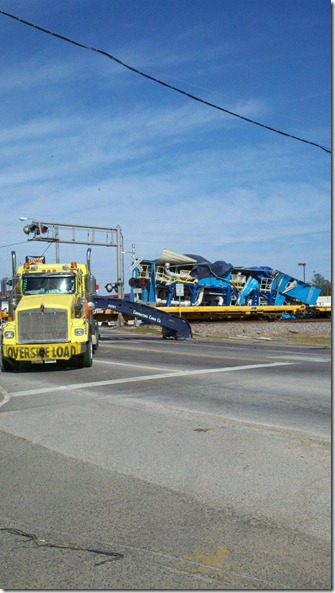 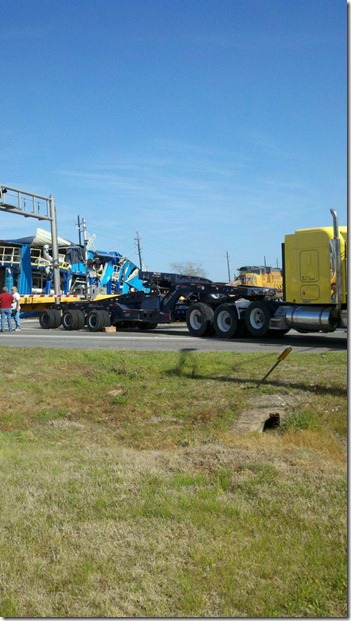