Tuesday morning close to 5am Blake Newman, 22, of Huntsville was southbound on FM 1791 in the Sam Houston National Forest near the Montgomery, Grimes, Walker County line. He was driving his 2003 Dodge 2500 pickup. Due to the darkness and fog he did not see an approximately five foot round pine tree which had fallen across the road.  Branches of the pine still had it elevated  as he hit it ripping the top off his truck. The impact knocked the branches off dropping it all the way to the ground. About an hour later another vehicle traveling down the road also slammed into it. When a Montgomery County Sheriff’s Deputy pulled up on the scene to work the second crash, he discovered the truck in the woods as a result of the first crash. 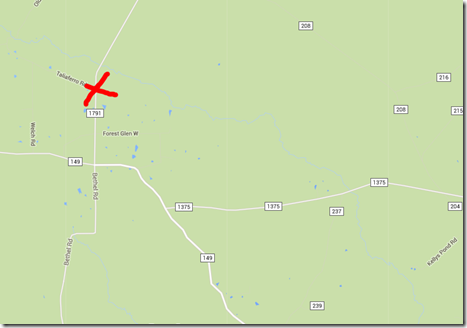 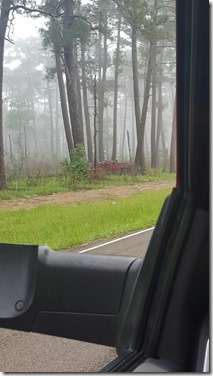 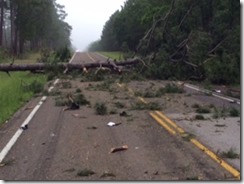 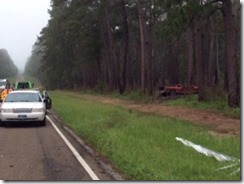 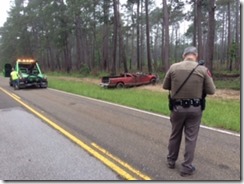