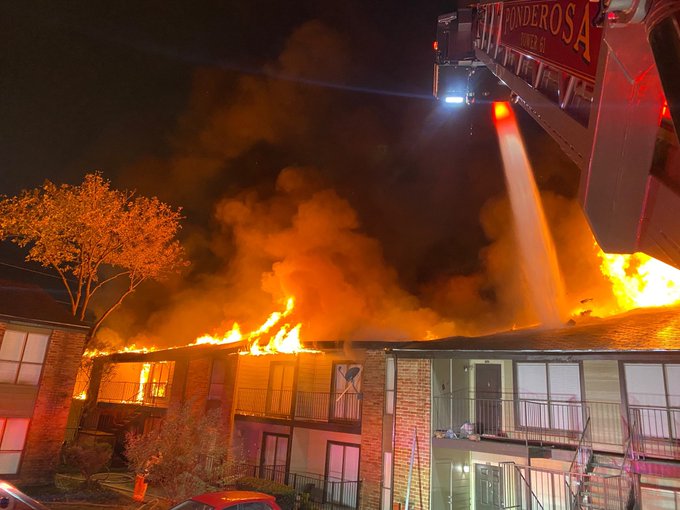 More than a dozen families will spend Thanksgiving week trying to rebuild their lives after an overnight apartment fire in north Harris County.

Firefighters responded to the two-alarm fire at the Rock Creek at Hollow Tree Apartments near Cypress Station at about 11:45 p.m. on Friday.

Officials said it took firefighters about an hour and a half to put out the blaze.

Video shows the flames ripping across the roof of the building. The Spring Fire Department said about 16 units were damaged in the fire.

One person appeared to be injured after an ABC13 crew saw them being placed on a stretcher. Their condition is unknown.

The Red Cross is assisting the families who were impacted.

The Harris County Fire Marshal’s Office is investigating how and where the fire started.