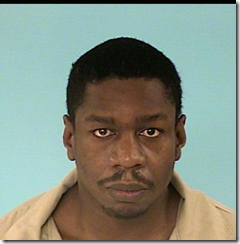 On June 20, 2012 a Montgomery County jury found Charlie Smith guilty of two counts of Engaging in Organized Crime. During the trial Assistant District Attorneys Tammy Massa and Sylvia Yarborough put on evidence showing the Defendant was involved in criminal activity with the purpose of stealing hundreds of thousands of dollars’ worth of cigarettes from delivery drivers.

On April 6, 2010, three masked men kidnapped a driver of an 18-wheeler who was attempting to deliver $150,000 worth of cigarettes to Sam’s Club in Conroe. It was 2:00 am and a driver of the 18-wheeler was attempting to make a delivery when he was tackled, his hands duct taped behind his back, thrown into the back of a pickup truck and driven away from the scene. The victim testified that he could hear the driver of the pickup truck talking on what sounded like a walkie-talkie to the robbers at the 18 wheeler, telling them the location of the security guard. After 20 minutes of being held in the pickup truck the victim felt the truck move to another location. When the pickup truck stopped, the masked men pulled the victim out of the pickup truck and dropped him in an alley by some dumpsters, stealing his wallet before driving off.

More evidence came out regarding the defendant’s intent to commit these crimes as a part of an organized criminal group. On August 25, 2010, Charlie Smith was also arrested out of Texas City for attempting to burglarize a Tobacco Shop. Found in the defendant’s stolen van was a black ski mask, three crow bars, a sledge hammer and two walkie talkies. Again on September 7, 2010, the defendant was identified as one of the robbers who threatened a delivery man with a tazer while the men stole the cigarettes he was delivering to a gas station.

The jury returned a verdict of guilty and the Judge determined punishment. During the sentencing phase of the trial the State presented evidence to the Court of the Defendant’s prior crimes dating back to 1993, all relating to theft and evading the police. The Defendant had one prior felony conviction. The Honorable Judge Reagan Clark, sitting as a visiting judge in the 284th District Court, sentenced the defendant to two Life sentences. The defendant is 38 years old.

During closing arguments, Assistant District Attorney, Tammy Massa told the jury that the defendant was victimizing hardworking Americans because he saw the dollar signs and enjoyed the thrill of the game. During punishment, Massa reminded the jury that Defendant was a hijacker and thief who has escalated in violence and boldness over the last 20 years of committing crimes. Lastly, Massa asked the jury to protect the victims of this community and others who have been affected by him.