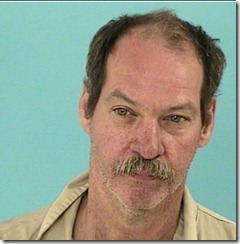 After finding Daryl Lee Beeson, 50, guilty of two counts of Aggravated Sexual Assault of a Child, a Montgomery County jury returned two Life sentences. Judge Lisa Michalk of the 221st District Court then granted the state’s motion to “stack” the sentences, meaning that Beeson will not be eligible for parole until 2072. Prosecutors Sheri Culberson and Kourtney Teaff represented the State of Texas.

In January 2011, Beeson picked up a 15 years old girl who had run away from home and took her to his mobile home in South Montgomery County. Beeson sexually assaulted the girl multiple times over the next few hours and threatened her by telling her he had a gun. Beeson released the girl the next morning at a McDonalds, where a good Samaritan found the girl and notified police.

Detective Keith Funderburk, with the Montgomery County Sheriff’s Office, was the lead detective. For almost three months, they had no significant leads and Funderburk thought the case had gone cold. But in late April, on one of his many visits to the trailer park where the sexual assault took place, Funderburk got a break when a car matching the description given by the victim was parked in front of the suspect’s trailer. Inside the car were various religious magazines addressed to Beeson, which also were described by the victim. Funderburk interviewed Beeson and obtained a confession from Beeson, and subsequent DNA testing proved that Beeson was the perpetrator of the assault.

“Prison beds were made for Violent Sexual Predators,” stated District Attorney Brett Ligon. “The tireless work of the detectives, the bravery of the victim and the diligence of our prosecutors, Judge Michalk, and the jury has ensured that all of our children are safer tonight. I have pledged and will continue to pledge the relentless pursuit of maximum sentences for those that would victimize the innocent children of Montgomery County.”