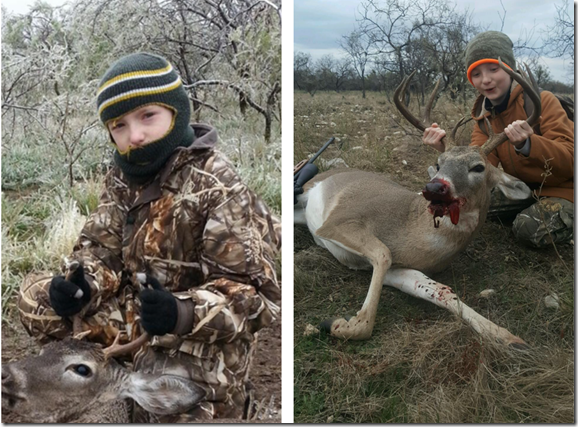 Two local students did more with their Thanksgiving vacations than stuffing their faces at Grandma’s house! They joined their fathers in the time honored tradition of deer hunting, and both came home with reason to be proud!

Three years ago this month, MCPR featured local third-grader, Brayden Russell Schoonover, who had just killed his first buck. Young Brayden braved 26-degree weather in Sonora, Texas to bag the six-point buck with his .410, an accomplishment few 8-year-olds can boast. 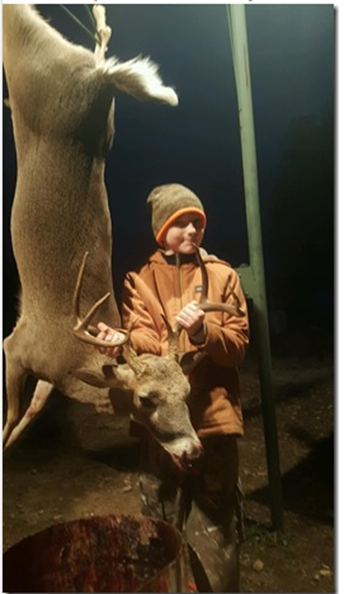 During the 2016 Thanksgiving holiday, Brayden who’s now 11, managed to bag yet another deer! This time, the seasoned hunter brought back a 10-point buck while hunting with his dad, Russell Schoonover. Once again, they planned their journey to hunt in West Texas around the Thanksgiving holiday. The first day, they only saw five does, so the second day, Russell said they were very careful to quietly sneak up to the stand. Their caution paid off. No sooner had they entered the stand, than a young buck approached and began eating. Brayden peered through binoculars and told Russell the deer was “way too young.” Less than 15 minutes later, a nice size buck was moving through the brush and Brayden could soon see it was a mature deer. He readied his gun and watched through the scope for about five quiet minutes before he felt ready. Brayden then took the firearm off of safety, and 20 seconds later, he pulled the trigger. The bullet traveled 168 yards and struck the buck – a perfect shot.

Exactly three years to the day after the first MCPR story about Brayden, and a great deal of training and practice, he had his hands on a beautiful 10-point Texas whitetail.

Woodroe Knox is the 6-year-old son of well-known East County residents and business owners Slinky Knox and Katie Quinn, and this Thanksgiving vacation, Woodroe became the latest Knox man to shoot a deer. 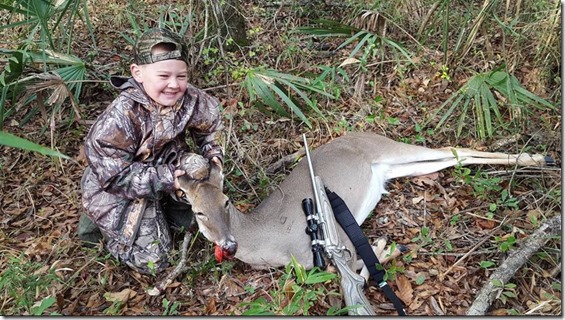 Woodroe has been hunting with his parents on a lease in Shepherd this season. The youngster who usually has too much energy to sit still showed all the signs of becoming a great hunter, as he was still in patient for long periods of time, waiting to bag his own deer. Woodroe wasn’t having good luck, and had almost lost hope on Sunday, when he and Slinky were walking back to camp. Suddenly, a deer ran out about 75 yards in front of them.

Slinky helped young Woodroe position his gun against a tree and Woodroe took his shot and hit his target! His first deer! Slinky and Katie say Woodroe was exceedingly happy and instantly thanked God for the opportunity and for the animal. 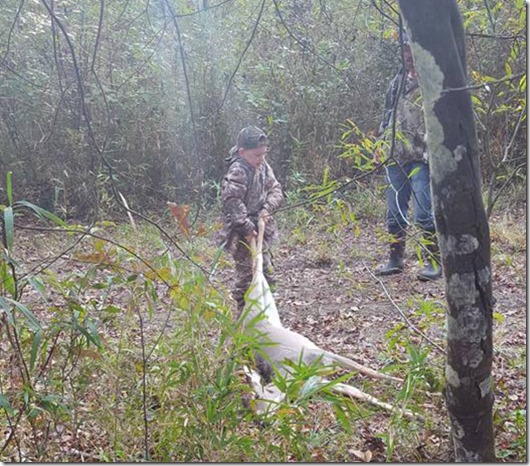 The Schoonover family owns Texan Towing and the Knox family owns Saddle Creek Towing and Recovery. Both families keep the same kind of terrible hours the MCPR family keeps, and are often on the same scenes (which is how we had the good fortune to get to know them), so it’s a rare and special occurrence when they have some uninterrupted family time.

On behalf of MCPR, we congratulate Brayden and Woodroe, and remind readers to support the NRA!