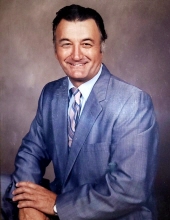 Donald Gayle Ipes was born on April 20th, 1935 in Elizabeth, Louisiana. He later moved to Texas with his family where he attended & graduated high school in Newton, Texas. He attended Junior College in Kansas before entering the Navy where he served his country from 1955 to 1957. He completed his education at McNeese University where he received his bachelor’s degree in both mechanical & civil engineering. During his time as a practicing engineer, he helped design the Huey Helicopter which is still in use by the military to this day. Donald would later go on to pursue his true calling as an entrepreneur. Together with his loving wife Charlie, he owned & operated the first stump grinder & stump grinding business in the state of Texas. They also owned & operated a successful propane business that is still in business to this day. Donald served his community as mayor of Splendora for 6 years. During his term, he accomplished many goals for the city including designing & supervising the construction of the community building at the city cemetery, establishing the former city library at city hall, organizing the first Founder’s Day for the city as well as many more projects which helped Splendora to grow to serve its residents. Afterward, he bought out the city contract and operated the city of Splendora Water Department for many years. Donald continued to serve his community as president of the school board for Splendora ISD.
Donald was a Mason for 67 years and served as Master of Batson Lodge #974 from 2007-to 2008. He joined the Order of Eastern Star at the Cleveland Chapter #465 in 1971 where he served as Worthy Patron. He was also a member of the Eastern Star at both New Caney Chapter #1093 & Humble Chapter #415.
He met and married his best friend Charlie Eugenia Pittman on November 17th, 1969. Together, they loved and raised their two children Charles Webster Ipes and Sharon Elizabeth Ipes. His family was his true love and Don was blessed with a large and loving family.
As Don and Charlie lived together and loved together, they departed together on May 22nd, 2022.
Don was preceded in death by his father Jack Aubry Ipes, mother Ida Ella Miller; brothers Jack Miller Ipes and Billy Lewis Ipes; grand-daughter Charlie Nicole Ipes.
He is survived by his son Charles Webster Ipes and wife Trina; daughter Sharon Elizabeth Ipes and fiance Mike; Grandchildren David Amrine. Christopher Amrine; Regan Arce; Brianna Popowitz & husband Hunter as well as many great-grandchildren, nieces, and nephews.
He was a light in the eyes of his family and his community. He will be remembered as a doting husband and father; a great friend & cherished community member. He will be deeply missed.
Visitation will be held from 5:00 p.m. – to 8:00 p.m., Friday, May 27, 2022, at Pace Stancil Chapel, Cleveland, Texas. Services will be held at 10:00 a.m., Saturday, May 28, 2022, at Pace Stancil Chapel, Cleveland, Texas. 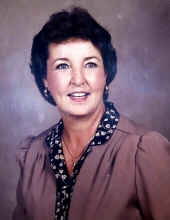 Charlie Eugenia Pittman Ipes was born on October 20th, 1939 in Pitkin, Louisiana. She later moved to Splendora Texas with her family where she was raised and would later plant roots of her own. She graduated from Splendora high school in 1957. From there, she would move to Houston Texas with her best friend Alma where she worked for Travelers Insurance company. During that time she played for a women’s basketball league for the LaRose Cleaners team. Charlie also worked for many years for the Dixie Casket company in Houston Texas before she met and married her partner in life Donald Ipes on November 17th, 1969. Together, they loved and raised their two children Charles Webster Ipes and Sharon Elizabeth Ipes and would serve their community through their propane business.
Charlie was a true giver in her community throughout her life and enjoyed being a contributing member of many organizations. Charlie joined the Order of Eastern Star in 1967 at the Cleveland Chapter #465. She was a 55-year member of the Order of the Eastern Star as well as a lifetime member of the New Caney Chapter #1093 and the Humble Chapter #415. She was Worthy Matron of the New Caney Chapter from 1985-to 1986. Charlie served as Mother Advisor to the New Caney Chapter International Order of Rainbow Girls #355 for many years as well as donated much of her time to the New Caney Lodge Order of DeMolay.
She was a member of the American Red Cross, the American Cancer Society, founding member of Countryside United Methodist Church of Splendora, and even “Queen” of the Splendid Red Hat Club of Splendora. She made many contributions, including quilts, blankets, and hats to donate to the American Red Cross, Hope Cancer Retreat; the American Cancer Society, and her church. For many years, she wrote the monthly newsletter for the Countryside United Methodist Church. Charlie also worked at the Houston Coca-Cola Company and enjoyed her time with them. She was a notary for many years.
Charlie also served her community as a Splendora City council member; PTA member for Splendora ISD among others.
Charlie and her loving husband Donald also hosted many foreign exchange students over the years and made lifelong friends of strangers.
As Charlie and Don lived together and loved together, they departed together on May 22nd, 2022.
Charlie was preceded in death by her father Lionel Oren Pittman, mother Zula Robertha Daw Pittman; brother Hubert Oscar Pittman; sister Nina Robertha Pittman Koonce; nephews James “Pete” Lionel Booucher; Milton Earl Newman; Carl Newman; Gerald Pittman; niece Kelly Pittman and grand-daughter Charlie Nicole Ipes
She is survived by her son Charles Webster Ipes and wife Trina; daughter Sharon Elizabeth Ipes and fiance Mike; Grandchildren David Amrine. Christopher Amrine; Regan Arce; Brianna Popowitz & husband Hunter as well as many great-grandchildren, nieces, and nephews.
Charlie was always giving of her time and talents to many friends, family, and others. Everything from fresh vegetables she grew, jelly she made, sewing, or just stopping to talk, she was eager to be a friend to all. She was a loved wife and mother, a wonderful friend, and a cherished community member. She will be deeply missed.
Visitation will be held from 5:00 p.m. – to 8:00 p.m., Friday, May 27, 2022, at Pace Stancil Chapel, Cleveland, Texas. Services will be held at 10:00 a.m., Saturday, May 28, 2022, at Pace Stancil Chapel, Cleveland, Texas.