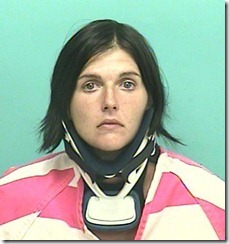 Ashli Heil has been charged with the First Degree Felony Murder of her 8 month-old child Whilow Heil from an incident that Occurred on April 2nd, 2012. Heil is the first female charged with this offense in southeast Texas. Felony Murder is referred to as Texas’ accidental murder statute because it does not require the prosecution to prove that the defendant intended to cause death. The law requires the prosecution to prove that the defendant committed a felony and also committed a clearly dangerous act to human life during the commission of the felony. In this case, the Montgomery County District Attorney’s Office alleges that Heil committed DWI with a Child Passenger, a State Jail Felony, and she operated her vehicle at an unsafe speed and failed to maintain control of her vehicle causing it to leave the roadway and strike a tree. As a result, her child was killed in the crash. If these allegations are proven, the defendant faces 5 years to life in prison.

Texas appellate courts have previously authorized the use of Felony Murder arising from DWI felony crimes. Montgomery County prosecutor, Warren Diepraam, was the first prosecutor in the state to successfully prosecute an offender under this legal concept. In Diepraam’s case, The State of Texas vs. Mark Wayne Lomax, the Texas Court of Criminal Appeals found that the legal theories behind DWI as an underlying felony for this statute was a sound legal principle. Since then many jurisdictions around the state have applied this principle to DWI fatality cases where the suspect is an aggravated offender, either an habitual drunk driver or a drunk driver with a child in the car. The case of Edwin Glen Bigon vs. The State of Texas was the first appellate case in Texas that authorized DWI with a Child as an appropriate felony for this type of charge. Heil is the first female in this part of Texas charged under this theory. The case will be handled by Warren Diepraam and Tyler Dunman, members of District Attorney, Brett Ligon’s Vehicular Crimes Team. The Felony Murder statute is used in DWI cases when the felony DWI case has aggravated circumstances in addition to the fatality.

Dunman states that the arrest document alleges that Heil was operating her vehicle at an unsafe speed and that she failed to safely maintain control of her vehicle while she was legally intoxicated. Dunman states that as a result, she violently crashed into a tree and killed her young child. Diepraam states that DWI is the most frequently committed crime in Montgomery County but is also the most preventable. Diepraam states that this office will generally charge a person with the most serious offense allowable as we did in here and that he hopes it sends a message that the Montgomery County District Attorney’s Office takes crimes against children seriously because children are truly innocent victims deserving of our strongest protection. 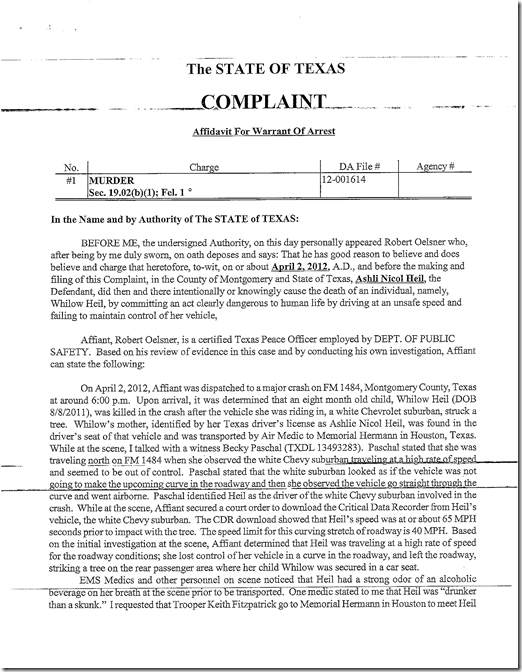 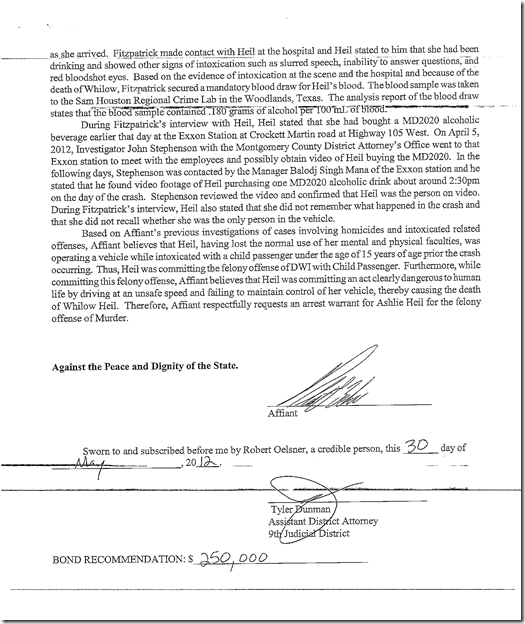 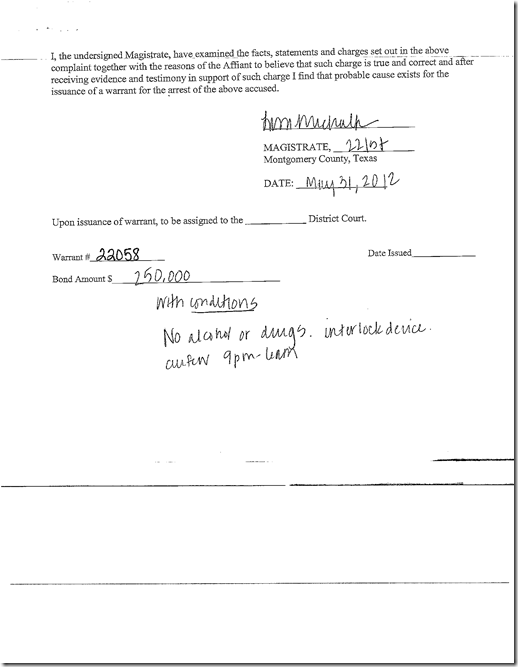 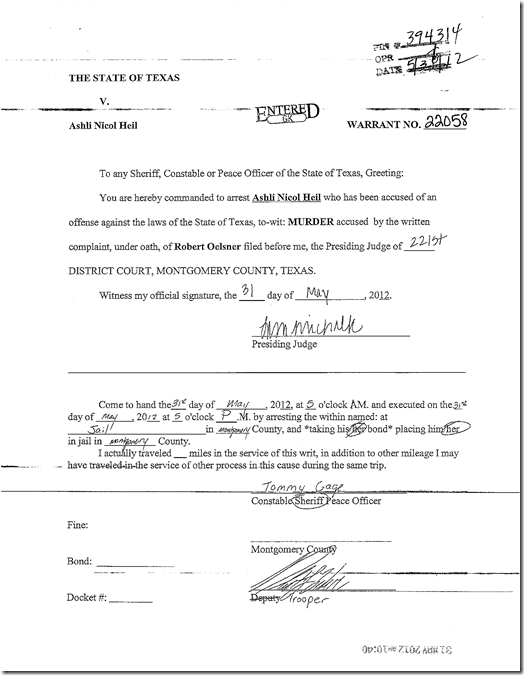