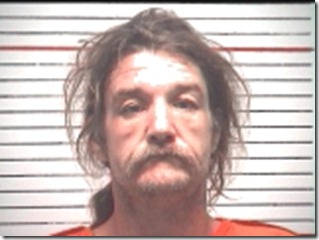 Today, April 29, 2014 at approximately 8:a.m., Liberty County Sheriff Department’s Lead Investigator, Sgt. Brian Bortz along with Deputy Constable Mark Davison and several other Deputies, returned to the scene of yesterday’s discovery of an unidentified corpse found wrapped in a tarp. Due to darkness and several Pit Bull dogs housed inside, it was not possible to conduct a complete search of the residence and the surrounding last night. Today, the area surrounding the home and the 14’ X 30’ metal portable building that served as a barn for the arrested subject, Billy Ray Bennett, was searched. In addition, the seven Pit Bull dogs and six puppies that were locked inside a back room of the home were turned over to a Houston SPCA unit which then provided an opportunity for a complete search of the home. During yesterday’s search of the portable barn building, a deceased dog was also found in the building and in a state of advanced decomposition.

According to the preliminary autopsy results, it was confirmed the human remains were that of a female but age, height, and weight has not been established at this time. Results from anyDNA and toxicology reports are expected to take several weeks.

During the ongoing investigation and further interview with Billy Ray Bennett, Sgt. Bortz said that Bennett did give him a name of the female friend who was visiting him at the time of her death, but due to unconfirmed statements of Bennett, the name is not being released until confirmation through DNA and notification of relatives who live out of town can be done.

Sgt. Bortz stressed that until CONFIRMED autopsy results are received, it will not be possible to confirm identity or cause of death of the female remains and that after further investigation, it is possible additional charges will be filed against Billy Ray Bennett.