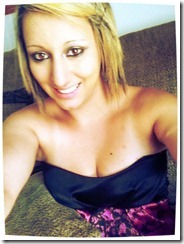 Wednesday night several teens gathered on the beaches of the Trinity River off SH 105 east of Cleveland for a party. The party continued late into the night and close to midnight. the Liberty County Sheriff’s Office was dispatched for a large disturbance at that location with shots fired. When arrived most were leaving the location. It was at that point that they realized 19-year-old Amber Lynn Georgous was not accounted for.

Close to 6:30 pm Amber called her parents to tell then she was on the way home. After 7 pm her parents became concerned and she was not answering her cell phone. When they arrived at the scene they were told that she had already left. Approximately eight males were on the scene and were quite disrespectful telling them to get out of the area and away from their party.

About 10 pm the parents once again received a call that Ambers 2000 Grand Am was up in the trees at that location.

Once again they came out and started searching with flashlights. That’s when they found her car about 300 yards from the beach area in the woods. It was also about this time the Liberty County Sheriff’s Office arrived after receiving a call for a shots fired disturbance.

Deputies detained several people on the scene and did find Amber’s vehicle in the woods with the drivers window broken out from the outside. A search of the area did not turn any clues.

Tim Shackleford with Montgomery County Precinct 2 Constables Office responded to the scene with a K-9 and were able to track Amber for several hundred yards before he lost the trail. A DPS helicopter from Austin has arrived on the scene as have Tarkington and Hardin Fire Departments with boats to start searching the river.