Charges have been filed against one suspect arrested in the stabbings of two suspects, one fatally, at 8016 Meadowbrook Drive about 10:45 a.m. on Monday (March 20).
The female suspect, Danielle Cano (w/f, 29), is charged with robbery with bodily injury in the 230th State District Court. Cano suffered a stab wound and was transported to an area hospital to be treated.
A photo of Cano is attached to this news release.
The second suspect has been positively identified by the Harris County Institute of Forensic Sciences as Randy E. Flores (H/m, 26), who died at the scene.
HPD Homicide Division Senior Police Officers M. Perez and E. Aguilera reported:
HPD patrol officers responded to a report a female (Cano) had been stabbed at 8003 Howard. Upon arrival they found her being treated by Houston Fire Department paramedics prior to being transported to an area hospital. While at the scene, officers were notified of a second scene at the above address on Meadowbrook. Officers arrived to find a male (Flores) deceased in the apartment and the male and female residents being treated by HFD paramedics prior to also being transported to an area hospital with non life-threatening injuries.
According to a male resident, he heard someone banging on his door at the Meadowbrook location. When he looked out his living room window, he saw Cano exiting a red sedan. The male resident opened the door, whereupon both suspects forced their way inside and began to assault both residents. During the assault, the male resident grabbed a kitchen knife and fought back, stabbing both suspects. Flores died at the scene. Cano fled to the Howard address.
The investigation is continuing. 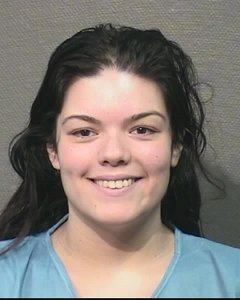