Have you seen him? Police say he was in a black 2009 Toyota Corolla

HOUSTON, Texas (KTRK) — Houston police are searching for a missing 5-year-old boy Sunday morning.
Police said the boy, who has been identified as Richard Banahene, was inside of a 2009 black Toyota Corolla when the vehicle was stolen from 11422 Southwest Fwy.

The boy was wearing a yellow Polo shirt and jeans, according to reports.

Anyone with information about the child whereabouts is urged to call the Houston Police Department or 911. 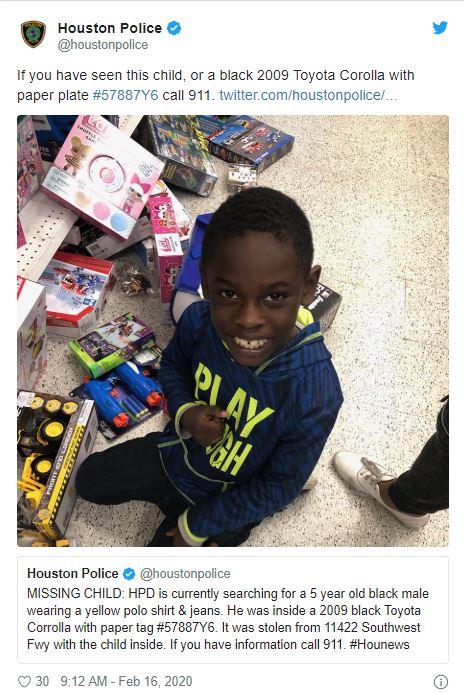