According to DPS Troopers, just after 4:30 pm Tuesday, David Leroy Lear, 44, of Magnolia was traveling northbound on FM 149 on his 2005 Honda at an unsafe speed. His motorcycle left the roadway in a curve and struck a road sign. Lear was pronounced deceased on the scene by Montgomery County Justice of the Peace Wayne Mack who responded to the scene. Mack ordered Eickenhorst Funeral Directors to transport the victim to the Montgomery County Forensic Center for autopsy. Montgomery Fire along with MCHD also responded to the scene. Montgomery County Sheriff’s Office assisted with traffic control as DPS worked the crash. FM 149 at Hidden Forest was reopened to traffic at 6:30 pm. 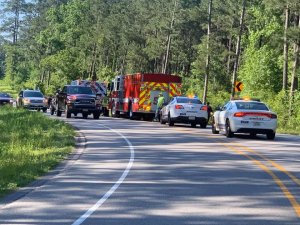