Just after 10:30 pm Saturday, Kelly Arellano, 21,  her brother Christian age 18, and her mother Elvira Arellano, age 44, all employees of Margaritas Mexican Restaurant in Conroe were heading home for the night on FM 3083 in their Toyota. . Kelly who was driving approached Exxon Road when a Chevrolet Trailblazer which was northbound on FM 3083 ran off the side of the roadway. The driver, identified as Jovani Garcia-Cruz, 24 of Conroe, over-corrected causing his vehicle to cross the oncoming southbound lanes of FM 3083, crossing in front of the Toyota. The Toyota slammed into the SUV near the back door causing it to flip and come to rest as it hit a utility pole. The driver was ejected through the front windshield. Another passenger identified as Nicasio Perez Alanis, 41  who was riding in the cargo area was ejected through the rear hatch. He died on the scene. Two other occupants identified as Rafael Garcia-Mondragon, 36 and Brendi Garcia, 24, who were in the backseat may have possibly been ejected but it is still unclear as the investigation continues. The front seat passenger identified as Mario Alberto Garcia 24, was also ejected. The driver and front-seat passenger were transported to the hospital in very critical condition. The two rear-seat passengers were transported in critical condition. The passenger who was ejected out of the cargo area was thrown into the woods and died at the scene. He was transported to the Montgomery County Forensic Center for autopsy.

The Arellano family who were in the Toyota were transported in stable condition to the hospital.

As the crash happened another vehicle which was traveling southbound behind the Toyota slammed its brakes on and swerved to the right driving through the grass on the shoulder and coming back out onto the road. This driver most likely witnessed the crash, however, did not stop. DPS would like to talk to that driver to see exactly what that driver may have seen.

DPS closed FM 3083 down until 5 am as they investigated the crash. The vehicles were moved back to the position they were when the crash occurred. Conroe Fire Department responded to the scene with their ladder truck to enable troopers to photograph the scene from overhead. They were assisted by the Montgomery County District Attorney’s Office Vehicular Crimes Unit.

DPS believe the driver was intoxicated at the time of the crash.

Friends of Alanis are attempting to gather funds to send him back to his family in Mexico for a funeral. 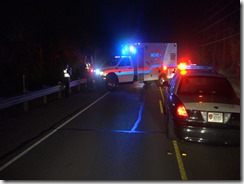 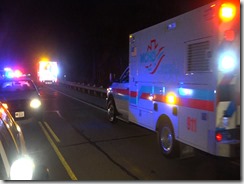 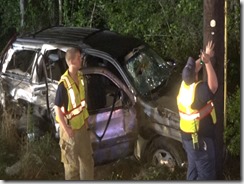 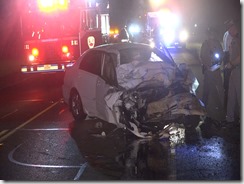 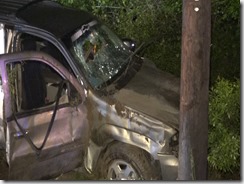 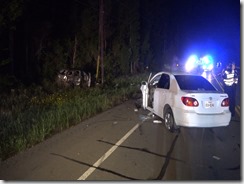 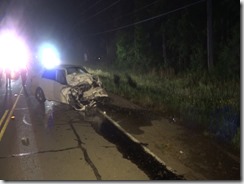 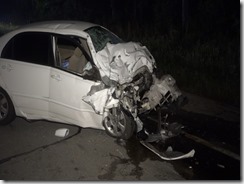 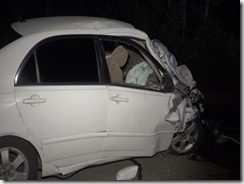 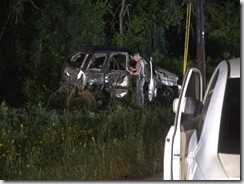 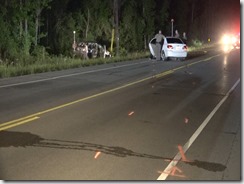 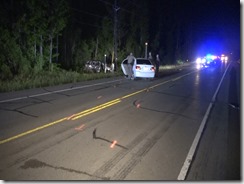 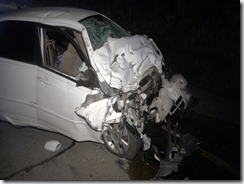 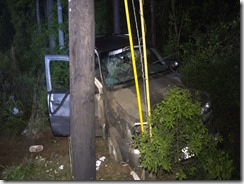 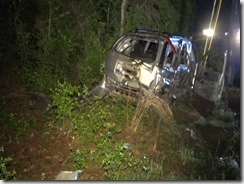 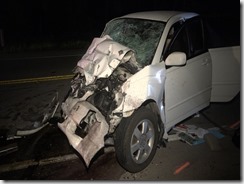 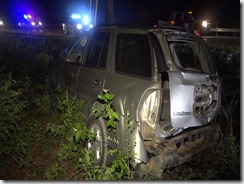 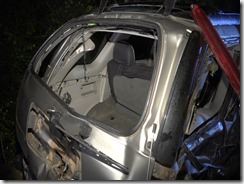 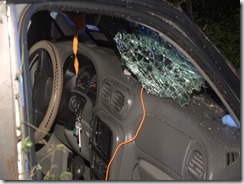 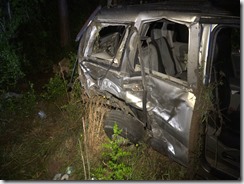 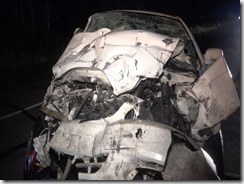 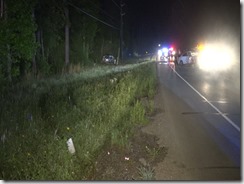 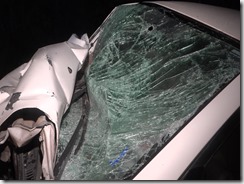 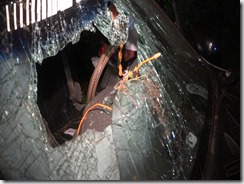 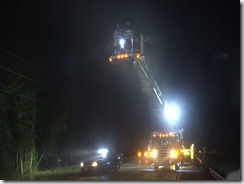 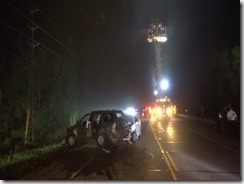 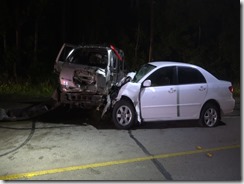 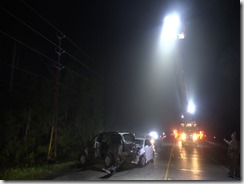 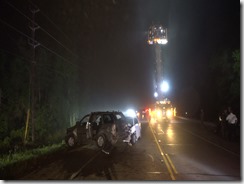