AUGUST 24, 2015
WILLIS LUMBER YARD FIRE
Just after 4am North Montgomery County Fire Department was dispatched to a kiln fire at the Hickson  Lumber Plant on Highway 75 at  Old Danville. They arrived to find heavy flames coming from the kiln area. At this time they are still battling the blaze. Water is a major issue. Tankers are coming in and out of the plant after filling at fire hydrants in the area. Please avoid Highway 75 and give them room to work. With this fire seconds count on keeping the water flowing on the fire.

AUGUST 24, 2015
MONTGOMERY COUNTY ROAD BOND ON NOVEMBER 2015 BALLOT
Moments ago Montgomery County Commissioners voted to but the Road Bond issue to the voters in the November 2015 election. This was done after several groups, including the opposition came together and worked out details. Instead of $350 million, it will be reduced to $280 million. The Woodlands Parkway Extension was removed as was the Robinson Road Project.

According to Judge Doyal, with the continued growth there should be no need for a tax increase.

AUGUST 24, 2015
WOMAN LIFE FLIGHTED AFTER HUMBLE CRASH
Approximately 9:30pm Monday Humble Police were dispatched to a major accident on FM 1960 East at Townsend. When Humble Fire and EMS arrived on the scene they found a female trapped under the dash of her Chevrolet passenger car. Life Flight was requested to the scene. After being cut out by Humble Fire Department she was flown to Memorial Hermann Hospital in Houston in critical condition.

The female in the SUV was transported to the hospital in stable condition. 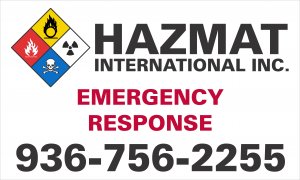 On Aug. 1, Loren Maxey, was checking his mail when the pit bull approached him. County Attorney, J.D. Lambright said the dog then attacked Maxey, resulting in serious injuries that soon became infected. MCHD medics treated Maxey on the scene. He refused transport despite his injuries but later had to go to an emergency clinic, where he was treated and released. Two days later, it was evident Maxey’s wounds were infected. He returned to the emergency clinic, where doctors referred him to Houston Northeast Hospital in Humble. Maxey spent 15 days in the hospital with serious infection and is now recovering at home. He was unable to attend Wednesday’s court hearing.

Maxey has lived around the neighbor’s dog for almost five years, and the dog has managed to get out of his yard, almost across the street, on a regular basis.

Although the dog never threatened Maxey before the attack earlier this month, it marked at least the second time the dog appeared to show aggressive behavior. The court called on Judy Jolly to testify about her father’s ordeal. According to the Jolly, she was walking down the road with her granddaughter when the dog “charged” at them.

“[The Dog] was inches next to my leg, and I was scared I was going to get bit,” Jolly said.

The dog’s owner, Jerome Lambert, testified he was aware of the first incident and had tried to keep his dog secured in his yard. Since the attack, he said he had been taking additional steps to secure the dog so it would not leave his yard. Maxey’s family said Lambert was very apologetic on the day of the attack and said he would not only have the dog euthanized, but would also assist in paying the medical bills. Lambert claims the family told him, on the day of the attack, not to have his dog euthanized. By all accounts, there was not a hostile encounter between the two families.

When questioned by Assistant County Attorney Stuart Hughes, Jessica Jolly said there are many children in the area, and a bus stop is located on the street at the location of the attack. The family has also stated the child that was with her grandmother when the dog acted aggressively is now reluctant to get out of a vehicle at her grandparents’ home for fear the same dog will attack her.

Judge Metts, who told the courtroom he is also a dog owner, deliberated for an extended time in his chambers before emerging with his ruling. The judge said his decision was heavily influenced by consideration for the safety of area children and other adults who might be more vulnerable because of their age, such as the victim.

“We’ve got a prime responsibility to look out for the public and the public’s safety in my office, and so our obligation was to present this today, and the judge made the decision to have the dog euthanized,” County Attorney, J.D. Lambright said.

Judge Metts considered the first incident of the dog’s display of aggressive behavior, which showed the attack was not an isolated incident, but rather an apparent progression in aggressiveness.

“The first incident was not a bite, but an incident involving aggressive behavior from this dog, but the next incident was a serious attack on an adult the dog was familiar with, who was doing something routine, on public property, that should not have provoked the dog in any way,” Metts said. “I simply couldn’t take the risk of having the dog possibly get out and attack a child waiting for the school bus. My conscious wouldn’t allow it.”

The dog’s owner, Jerome Lambert, has 10 days to appeal the judge’s decision. Lambert did not indicate he was considering an appeal. Instead, he asked if he could take his daughter to the Montgomery County Animal Shelter where the dog is under quarantine so that she could say “goodbye” to their family pet. Lambert said he knew the dog would not hurt his daughter and Judge Metts said he had no problem with the visit, provided Lambert assumed responsibility for anything that might happen. The County Attorney agreed. 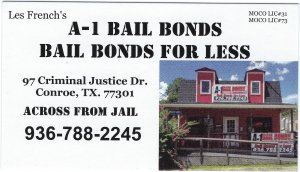 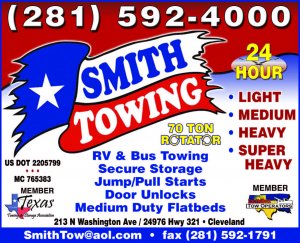