Wednesday night the DWI task force worked the area of Interstate 45. Most clubs by 10 p.m. were either empty of closed. These were the same establishments that had overflowing crowds the night before.

One exception was when law enforcement officers checked Fox and Hound on I-45 at Tamina. As officers were entering the almost empty establishment two young women were exiting the business heading for their vehicle.. Both had some difficulty walking and were visibly impaired.

A Trooper entered the business and met with the manager and the bartender who was thought to have been serving them. Since the trooper did not witness the bartender serving these two intoxicated women she was unable to arrest her. The trooper did however discuss the law with them making sure they had a firm understanding of it.

Outside officers notified the two girls parents to pick them up and transport them home. 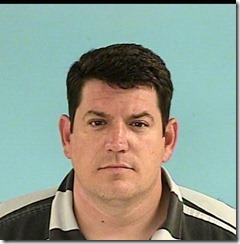 Just as officers were leaving for a compliance check Trooper Martinez,  who had just stopped a vehicle on the freeway was passed by a vehicle which was clocked at 123 miles per hour on radar. The trooper released his stopped vehicle and  attempted to stop the speeding vehicle as it crossed SH 242. With others now assisting the vehicle exited at FM 1488. The impaired driver identified as Ronnie Leray Pickard, 38, of 99 Sunlit Grove in Spring  failed to make the hard curve on the ramp going to FM 1488. Instead, he ran over the curb, across the grassy median and struck the guard rail on the northbound entrance ramp from FM 1488. He was arrested and charged with driving while intoxicated and reckless driving. 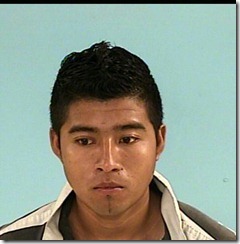 This was Trooper Martinez second DWI arrest for the night. Earlier he stopped a vehicle driven by Rosario Basurto Rios, 21 who appeared intoxicated. He was taken to the Montgomery County Jail where he submitted a breath sample and was charged with driving while intoxicated with a blood alcohol of .15 or over. Rios had no identification and the only address he could provide law enforcement officers was FM 1960 at Kuykendahl. He is being held in the Montgomery County Jail on a $30,000 bond. 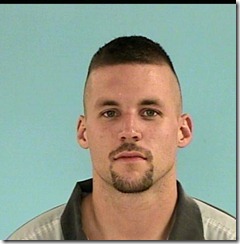 As troopers pulled away from the scene the Montgomery County Sheriff’s Office dispatcher alerted units that a motorist was on 911 and was following an intoxicated driver northbound on Interstate 45 approaching FM 1488.

Within seconds several troopers led by Trooper Williams was behind the vehicle.They were finally able to get the driver who was identified as  Brandon Jacob Januhowski, 25, of 1301 Pulawski School Road in Conroe. After a field sobriety test it was determined Januhowski was intoxicated.

As troopers cuffed him Januhoski began to sob uncontrollably.  He was transported to the Montgomery County Jail where he submitted to a breath test. He was then charged with driving while intoxicated with a blood alcohol of .15 or higher. This is almost twice the legal limit, .08 is considered intoxicated.