Just after 1:30 p.m.on Monday, January 17, 2022, Ronnie Lunsford, 63, of The Woodlands, was traveling northbound on FM 149 at Stone Creek. According to DPS Lunsford was riding a Honda CBR1000RR when he struck a Honda CRV SUV that was stopped behind a Saab 93T sedan which was stopped and attempting to make a left turn onto Stone Creek. Lunsford was transported by MCHD to Memorial Hermann in The Woodlands where he passed. There were no other injuries. Lunsford is a very experienced rider and a long-time member of the motorcycle racing community. He mentored two-time Superbike World Champion Colin Edwards II. He spent years road racing with CMRA, WERA, and CRRC as well as racing flat track and motocross. Over the years he won 28 CMRA Sprint Championships and 18 CMRA Endurance Championships. In 2004 he was inducted into the CMRA Hall of Fame. In 1986 Lunsford bought the Northwest Honda Ducati dealership on I-45 from his father. He recently retired from there and sold the dealership so that he could spend time with his wife Janet his two daughters Leigh and Lauren and his two grandchildren. While the owner of Northwest Honda Lunsford organized the Honda sponsored Houston Ride For Kids-a a fundraiser for the Pediatric Brain Tumor Foundation. The first ride was in 1993. Over the years the ride has raised millions. The 2021 ride raised $1.1 million.
A memorial service is planned for Sunday, January 30, 2022, at the Rio Bravo Motocross Park at 11610 N. Lake Houston Parkway. IT will be at 11 am. 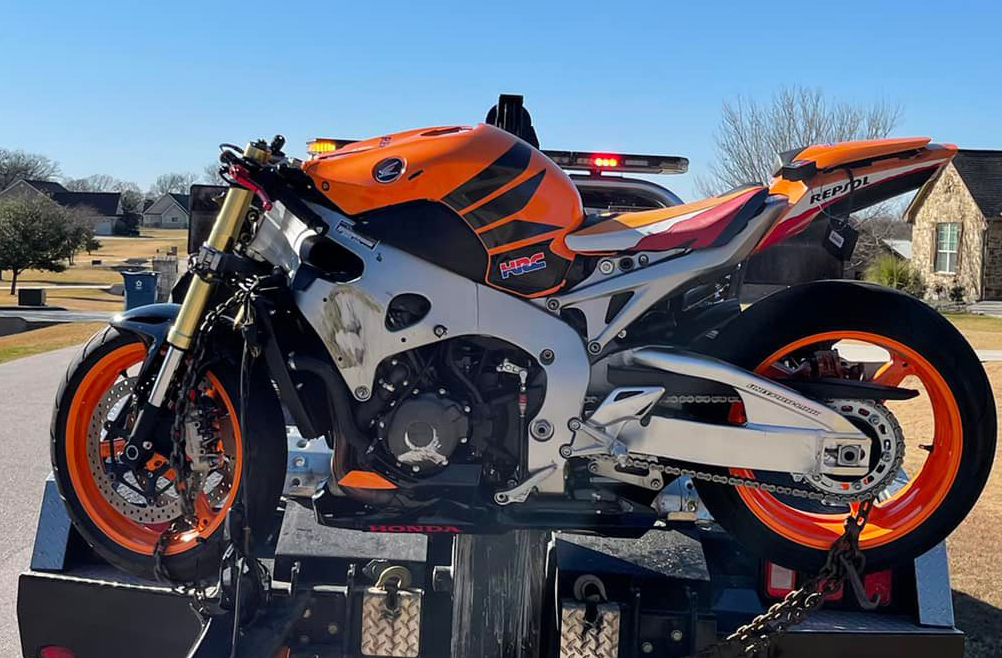