PASADENA, Texas (KTRK) — There were no major injuries when a heavy truck tumbled off an overpass on eastbound Highway 225 on Thursday.

But with a motorist capturing the moment as it happened, it could have been just as bad as a similar incident that left a boy dead earlier this month.

Pasadena police said two 18-wheelers were involved in a crash with each other on the freeway near Red Bluff, but one of the vehicles ended up falling onto the service road below.

It wasn’t immediately known how the truck lost control.

Eyewitness News viewer Prisco Saldivar captured the wild moment, with the truck flipping toward the edge, only to topple over and out of sight.

Another viewer captured the truck on the ground and on its side. 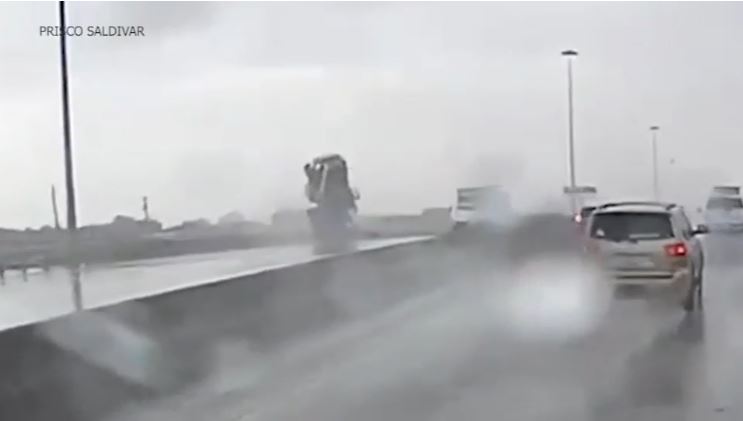 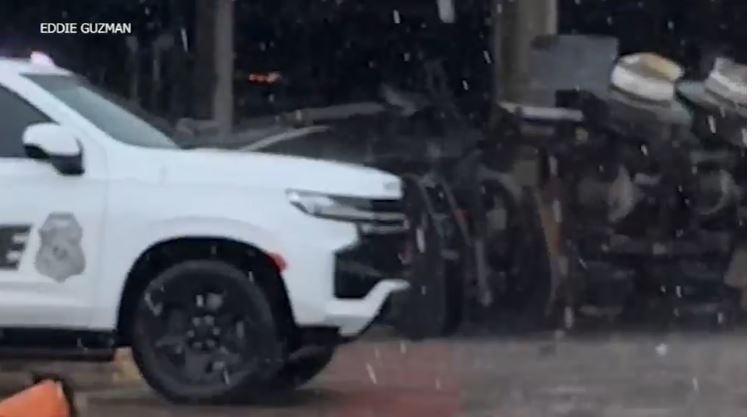