All five fires occurred in a 7 hour span on Sunday afternoon and evening. 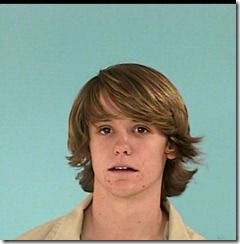 On Sunday afternoon, October 3, 2010, The Woodlands Fire Department responded to five grass and woods fires in the area of Woodlands Parkway and Branch Crossing in a time span of about 7 hours. Several witnesses gave the same description of a young teenage male, seen at all five of the fires. One witness observed the young teen set one of the fires and confronted the teen. The young suspect fled before Montgomery County Sheriff’s Department deputies and Montgomery County Fire Marshal Investigators could arrive on scene and apprehend the youth. The Fire Marshal’s Office and the Sheriff’s Office began looking for the suspect in the area.

At around 01:45 am, early Monday morning, MCSO patrol deputies detained Colby Preston Kelly, age 17, a student at The Woodlands High School, near the scene of the fifth fire earlier in the afternoon, near the Super Wal-Mart at Woodlands Parkway and FM 2978. It was determined that Kelly had an outstanding warrant out of the Justice of the Peace Precinct 3 court. Kelly was arrested on this JP warrant and placed in the MCSO jail.

Although these five fires were set in wooded and brushy areas, at least two fences were destroyed. All five fires were quickly contained by WFD Firefighters, preventing any additional loss of property. There were no reported injuries as a result of these fires.

“This is another good example of inter-agency cooperation. The Woodlands Fire Department recognized that there was a problem and notified Law Enforcement. Deputies from MCSO joined with an Arson Investigator from the Fire Marshal’s Office to search the area and locate the person involved before anyone got hurt or any more damage was done”.