On March 6, 2019, the Montgomery County District Attorney’s Office presented awards to law enforcement for their continuing efforts in 2018 to fight intoxicated driving in Montgomery County, Texas. District Attorney Brett Ligon presented awards for DWI Officer of the Year, DWI Agency of the Year, and DWI Investigator of the Year. The awards ceremony was held at the Montgomery County District Attorney’s Office’s Training Room in Conroe. The awards were presented to:
DWI Officer of the Year: Jacob Rodgers (Montgomery County Sheriff’s Office): Deputy Rodgers grew up in Montgomery County and after graduating high school he began working as a Correctional Officer for TDCJ at the Wynne Unit. After a few years, he left joined the MCSO as a Detention Officer. A year later he began the MCSO Academy and was elected Class Leader for his Academy class. He graduated from the Academy in September 2016 as the Valedictorian for his class. Deputy Rodgers began his patrol career assigned to the Woodlands before transferring to the East Patrol Division in August of 2018. He participates in MCSO DWI Taskforce Overtime Operations and has worked DWI enforcement nearly every major holiday during his career. He has recently been selected by the MCSO to work as a Field Training Officer to specifically train new deputies on DWI enforcement.
In 2018, Deputy Rodgers was in the top 3 for total DWI Arrests for the county. Not only does Deputy Rodgers make a lot of DWI arrests, he also builds strong cases. He is enthusiastic, goes above and beyond, and is always looking to improve. He is polite and professional with suspects which often results in suspects consenting to providing blood specimens. In his first trial, he reviewed the video on his own even before meeting with the ADA and put together his own trial binder. His level of preparation paid off as the trial resulted in a guilty verdict. 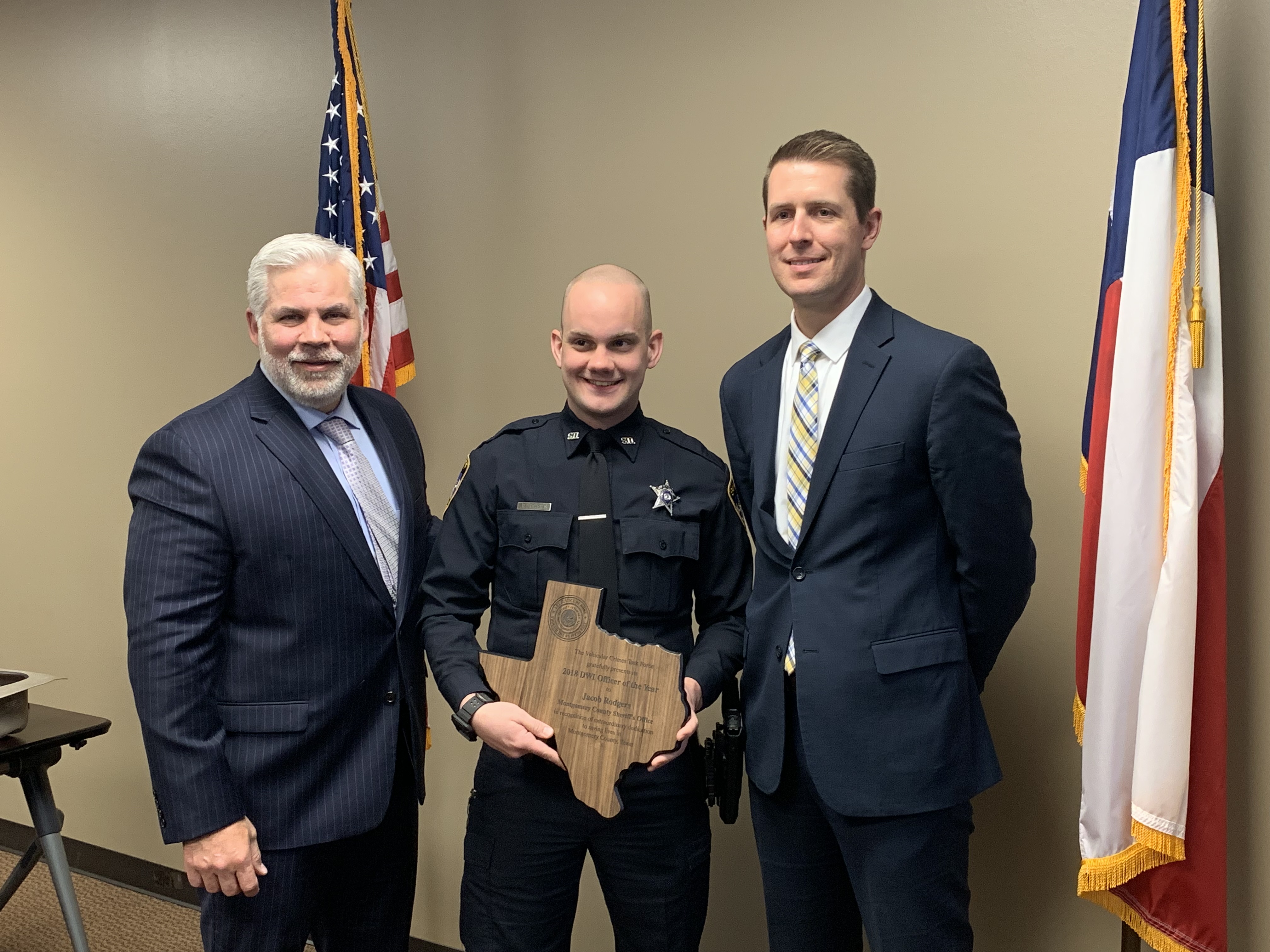 DWI Agency of the Year: Department of Public Safety, New Caney Office: Every year, DPS makes the most DWI arrests in the County. So, for this year we decided to divide each DPS office up as an individual agency for consideration for this award. When we did that, we determine that our Agency of the Year would be DPS New Caney.
In 2018, the 14 troopers of the New Caney DPS office recorded more DWI arrests then all but one other agency for the entire county averaging over 30 DWI arrests per trooper. They worked nearly 1000 crashes, 10 of which were fatality crashes. Three of their troopers were in the top 10 for the county in total DWI arrests. The New Caney DPS Troopers build strong cases by doing thorough and detailed work. They get blood samples on the majority of their cases and are efficient with drafting and obtaining blood warrants on refusal cases. As the population of East Montgomery County continues to grow the DPS New Caney troopers continue to work hard to keep its roads safe. 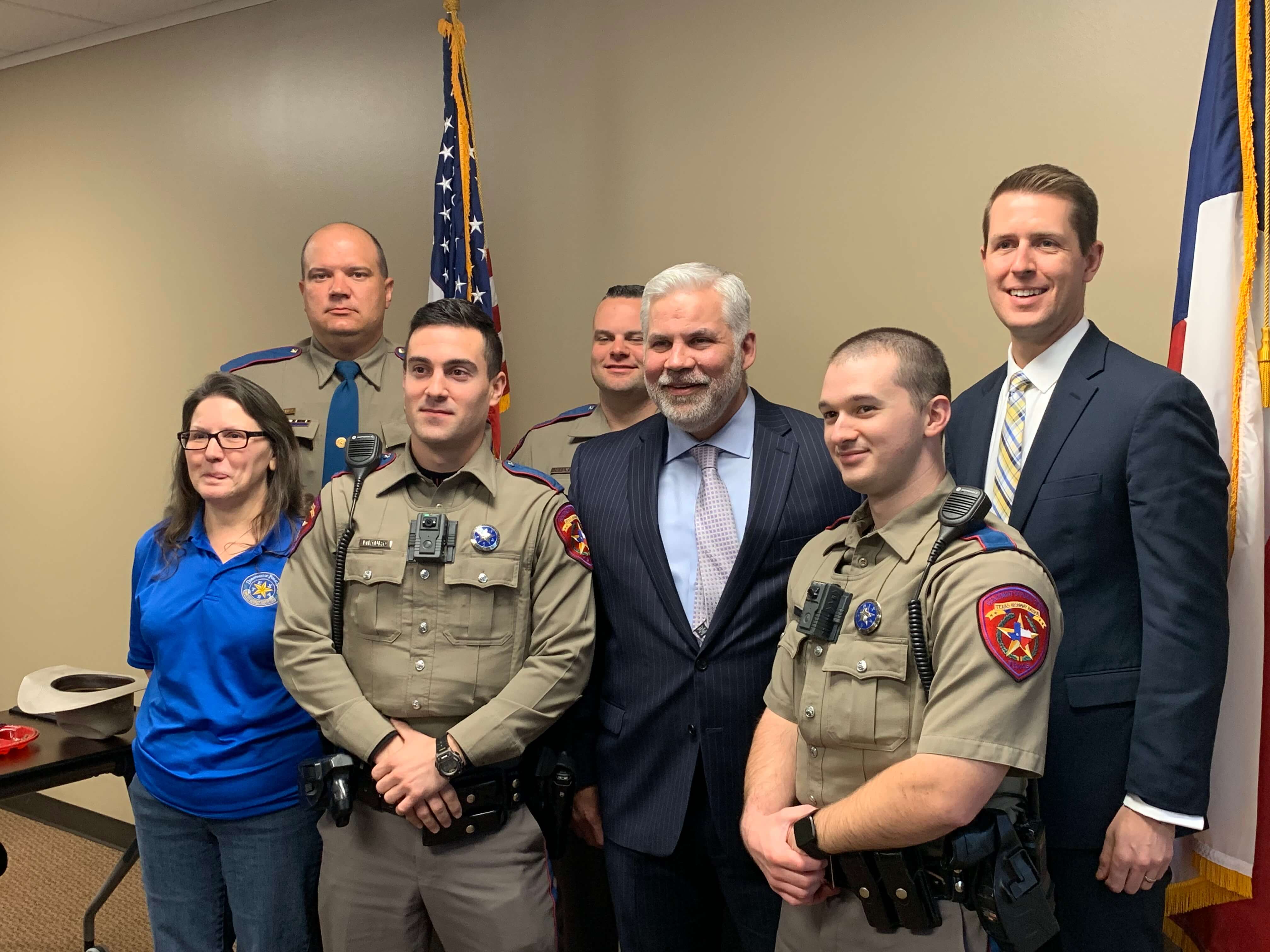 (Left – Sgt. Dean Barnhill, Gloria Eason, Tr. Bruno Miauro, Tr. John Sullivan, DA Brett Ligon, Tr. Ben Polansky, ADA Andrew James)
DWI Investigator of the Year: Kenneth Chapman (Department of Public Safety): Trooper Chapman began his career with DPS in 2014 and has been stationed in the Woodlands ever since. During the course of his career he has averaged over 130 crash investigations and 50 DWI arrests a year and has consistently shown top-notch work in DWI enforcement and investigation. In addition to being a fulltime with the highway patrol, Trooper Chapman served in the Marine Reserves from 2010 until 2017 receiving an honorable discharge as a corporal and as a Section Leader for Assault Amphibious Vehicles.
Trooper Chapman’s dedication to thorough and detailed DWI investigations was of particular importance in 2018. In the early morning hours of Saturday, April 2, 2018, Trooper Chapman became the lead investigator of a crash that occurred on the northbound I-45 main lanes just across from Memorial Hermann Hospital. The crash happened as Starlan Smith crashed into the back of Karla Tapia’s vehicle going 99 mph while being double the legal limit. Karla Tapia died as a result. Smith was taken to Memorial Hermann and Trooper Chapman led the investigation at the hospital. He obtained a search warrant for Smith’s blood and also the hospital blood. He gathered valuable evidence from hospital staff and also from a belligerent and highly intoxicated defendant. But most importantly, he interviewed Smith’s wife at the hospital and learned where they had been coming from that night. This allowed video and receipts to be obtained from the bar where Smith had been drinking.
Trooper Chapman led the follow up investigation where he and the other troopers assisting him built a rock solid case against Smith. He obtained reports and video from officers from the 3 other agencies that assisted the night of the crash. He also obtained search warrants for Smith’s DNA, his phone, and to download Smith’s vehicle. They obtained surveillance video showing the crash. His hard work, and that of the other officers that assisted him, resulted in Smith pleading to a 20 year prison sentence. 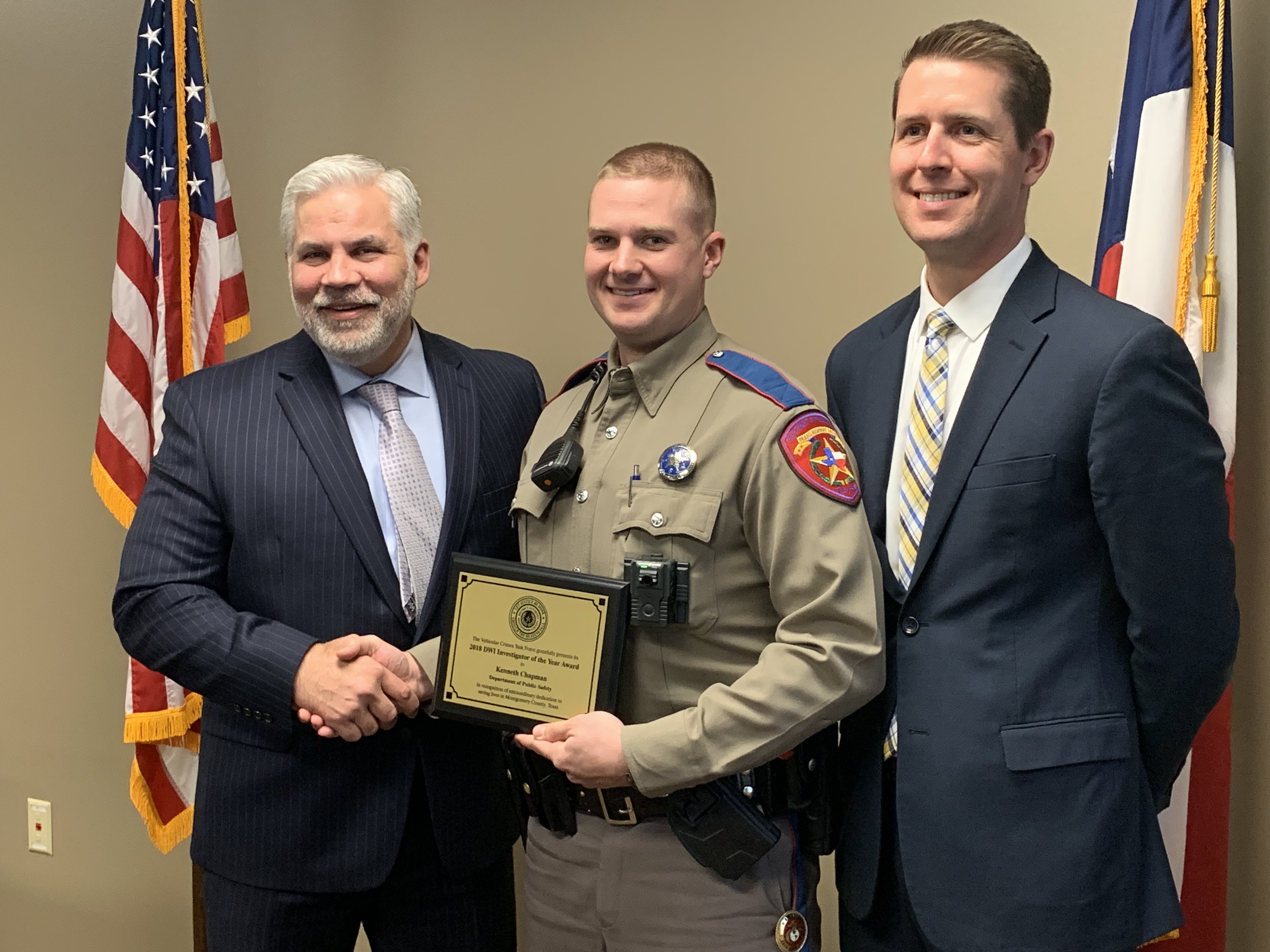 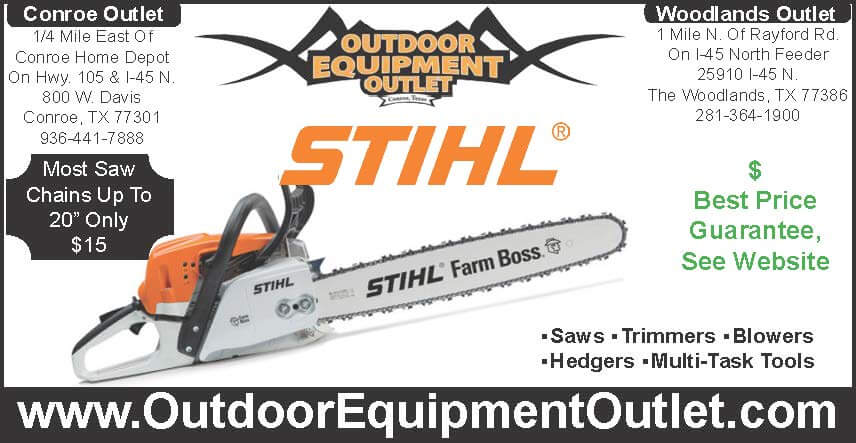